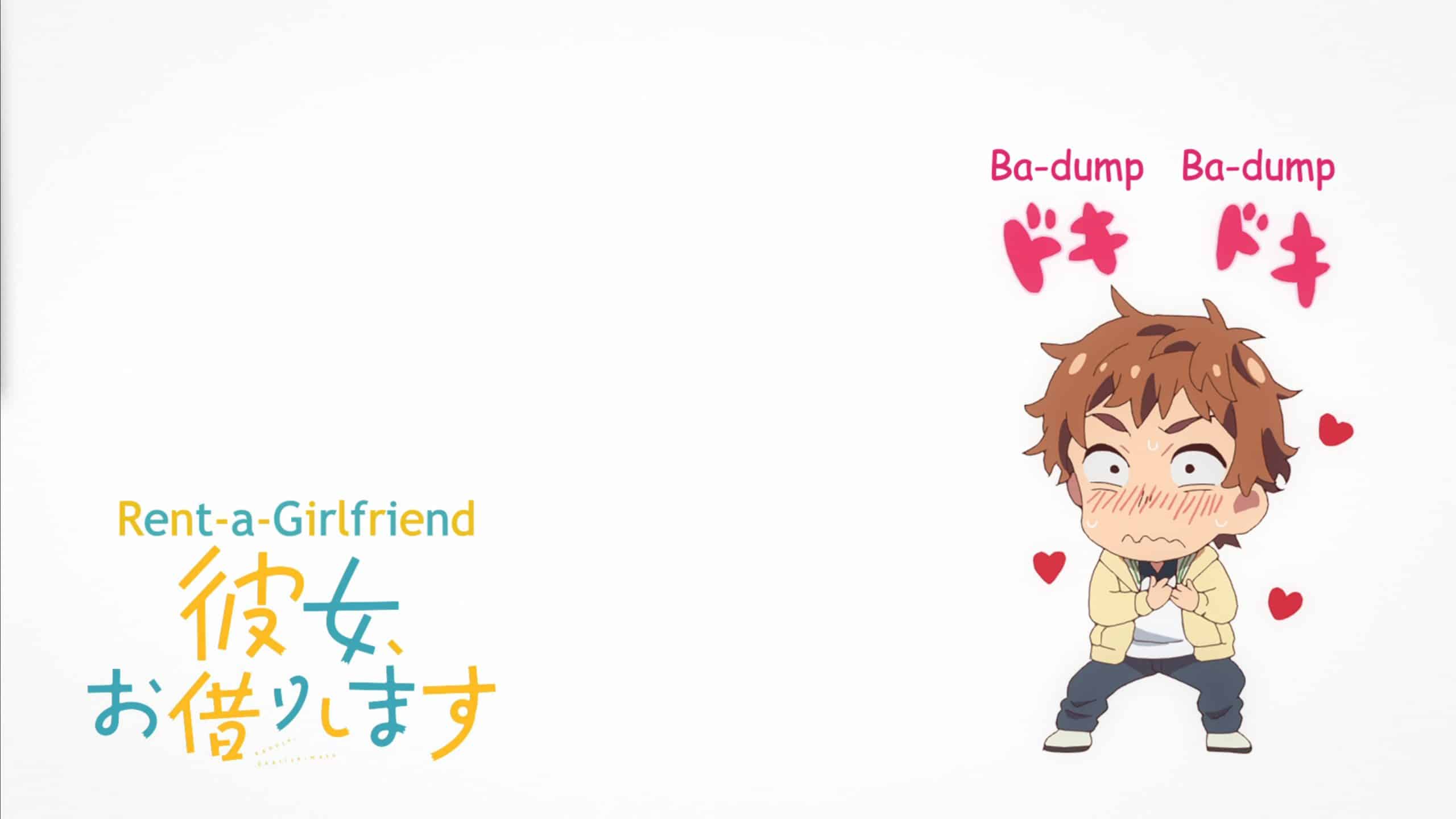 "The mid-episode Title Card featuring Kazuya, in chibi form, having his heart react to Chizuru," Rent A Girlfriend, "The Usual Girlfriend," directed by Kyōhei Suzuki, 2022, (Crunchyroll)

Each day gets harder for Kazuya as his feelings grow, and Chizuru isn’t sure how to handle them.

Things go back to how they were. Kazuya pays for dates with Chizuru, and she puts on this ideal persona for him. But, then Kazuya, who knows the real her, asks for her to drop the act. At first, some offense is taken, for being a rental girlfriend is her acting class, but getting paid for being herself doesn’t sound too bad, so Kazuya does as asked, and the date goes ahead.

Now, while that conversation went smoothly, the one Kazuya had with Ruka didn’t. She doesn’t like Kazuya continuing to date Chizuru, no matter the reason, for she thought they were getting somewhere. However, with Chizuru not quitting anymore, things are complicated. Yes, Chizuru wants boundaries because of Ruka and Mami, but Kazuya has integrated into her life.

Her grandmother, Sayuri, even asks for him and seems to adore him. So it’s hard to say where Mami, Ruka, and anyone else may end up when it comes to being with Kazuya as long as Chizuru is still an option.

We’re still in the recap phase, and with that, not much is going on. We’re reminded Mami is possessive without having a right to be. Ruka is re-introduced, and her progress with Kazuya before Chizuru was back in action is recapped, but there isn’t much moving forward. Yes, Sayuri did break down there is more to Chizuru than we know, but she is a tsundere type, so that’s a given.

Which leaves me to wonder, after, let’s say, episode 4, since they have to re-introduce Sumi, and Kazuya’s grandmother, will things pick up?