Will she or won’t she? Ruka knowing the truth about Kazuya’s relationships puts him, and Chizuru in a vulnerable position neither can afford.

For the sake of Chizuru, Kazuya does his classic begging and pleading so Ruka won’t tell anyone and, naturally, in the process, he grabs Ruka’s breast and ends up on top of her. Mind you, the grabbing was an accident (>.>) and he only ended up on top of her since she was about to fall down a flight of stairs and he wanted to save her.

This kindness throws her off a bit since this is a lot to do for someone Kazuya rented, and with that, she backs down, for now.

The End Of One Problem – Ruka, Kazuya, Kuri

At least until she decides to blow up Kuri’s spot and let it be known, between him and Kazuya, that Kuri rented her. This, as you can imagine, embarrasses Kuri and leads him to run off. Now, as for why she did this? Well, it has something to do with the bpm Kazuya caused.

The Start of The Next – Kazuya, Ruka, Chizuru

So, long story short, Ruka has lived a life where, at a young age, and seemed there were fears about her heart, her breathing, and getting her overtly excited. Said fears dissipated in time but were replaced with not getting excited, in terms of a heart-racing way, at all. Rollercoasters even weren’t able to do the job.

However, Kazuya has taken her to 90 bpm, and with that she assumes she has a crush on him. So, taking note of his begging earlier, she figures she can at least be a trial girlfriend and use that trial to make him see she can possibly be the one. An idea Kazuya isn’t fond of, due to his crush on Chizuru, and which she isn’t fond of since there is blackmail involved.

But, with her crying her little eyes out, in public, and the power she wields over Chizuru, there is a change of heart. At least Chizuru has one. Kazuya is still uncomfortable with the idea of dating, for real, the person one of his friends rented. Never mind the blackmail and possible unease about her age.

Yet, there is the argument that she genuinely likes him, which apparently is a rare situation, so minas well take a chance.

Kazuya Having A Real Girlfriend 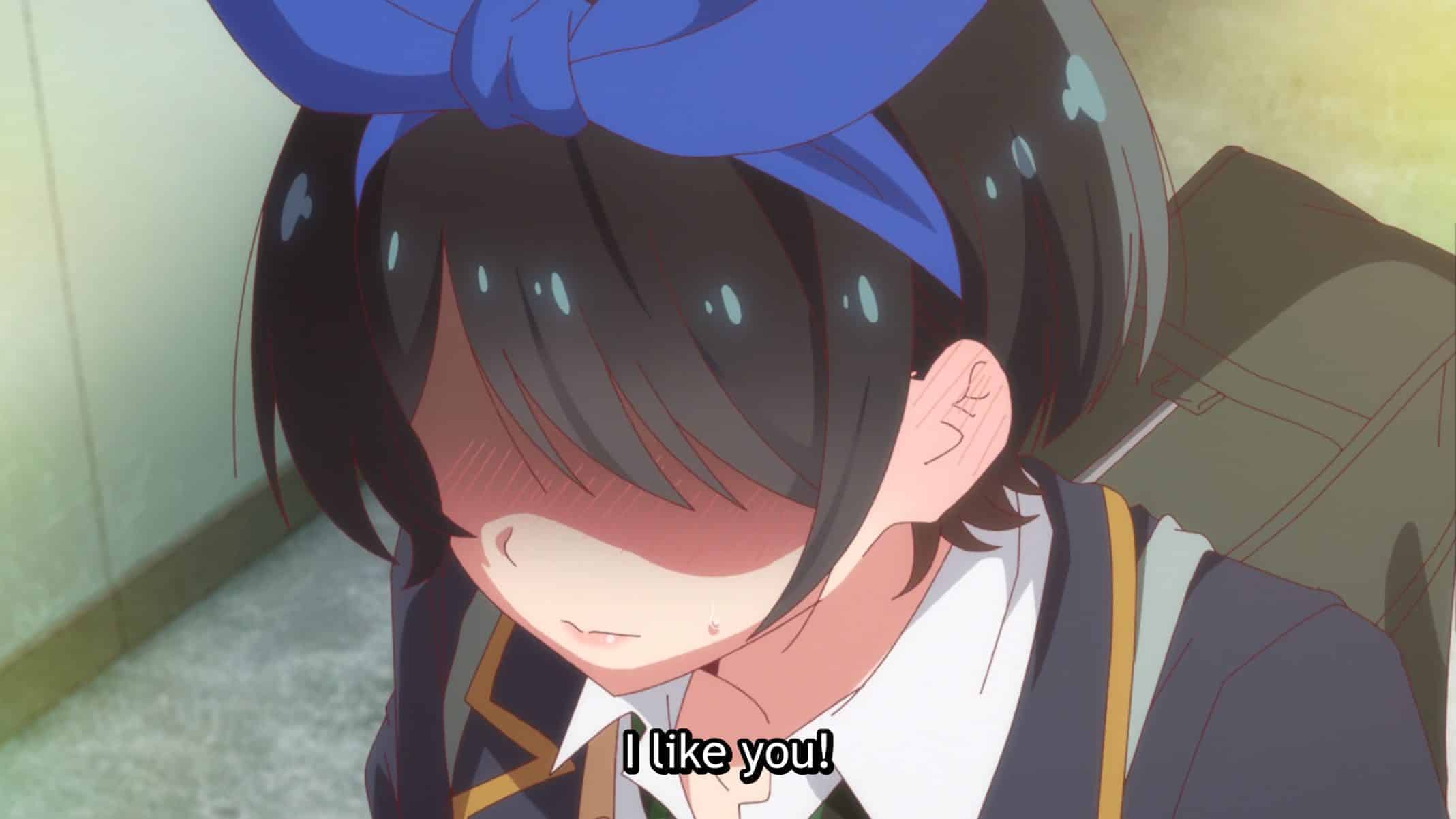 Yes, it’s under duress, but Ruka made a good point – considering how Kazuya is with Chizuru, who he is paying for, imagine someone who is free? Never mind isn’t faking it with him but genuinely wants him and expresses it. This could allow us to see who Kazuya truly is.

One of the main ways being allowing us to see not just him in this virginal, innocent, and sweet persona, but letting us really see his lustful side. For we’ve seen the fantasies, so how would he be with someone when it is reality? Never mind possibly their first time too, and how would his friends react? Heck, Kuri as well?

What I guess I’m trying to say, from what it appears Kazuya is in his early 20s and it is made to seem he is going to play catch up, with a younger girl (or woman). So, while the show isn’t the most serious, it should be interesting how Kazuya develops, especially if Ruka is experiencing a lot of firsts with Kazuya as well.

Kazuya Having A Real Girlfriend - 83%

With Ruka confessing her feelings for Kazuya, so begins the question of what kind of boyfriend Kazuya will be. Also, what has he learned from his past so that he doesn't repeat his mistakes?