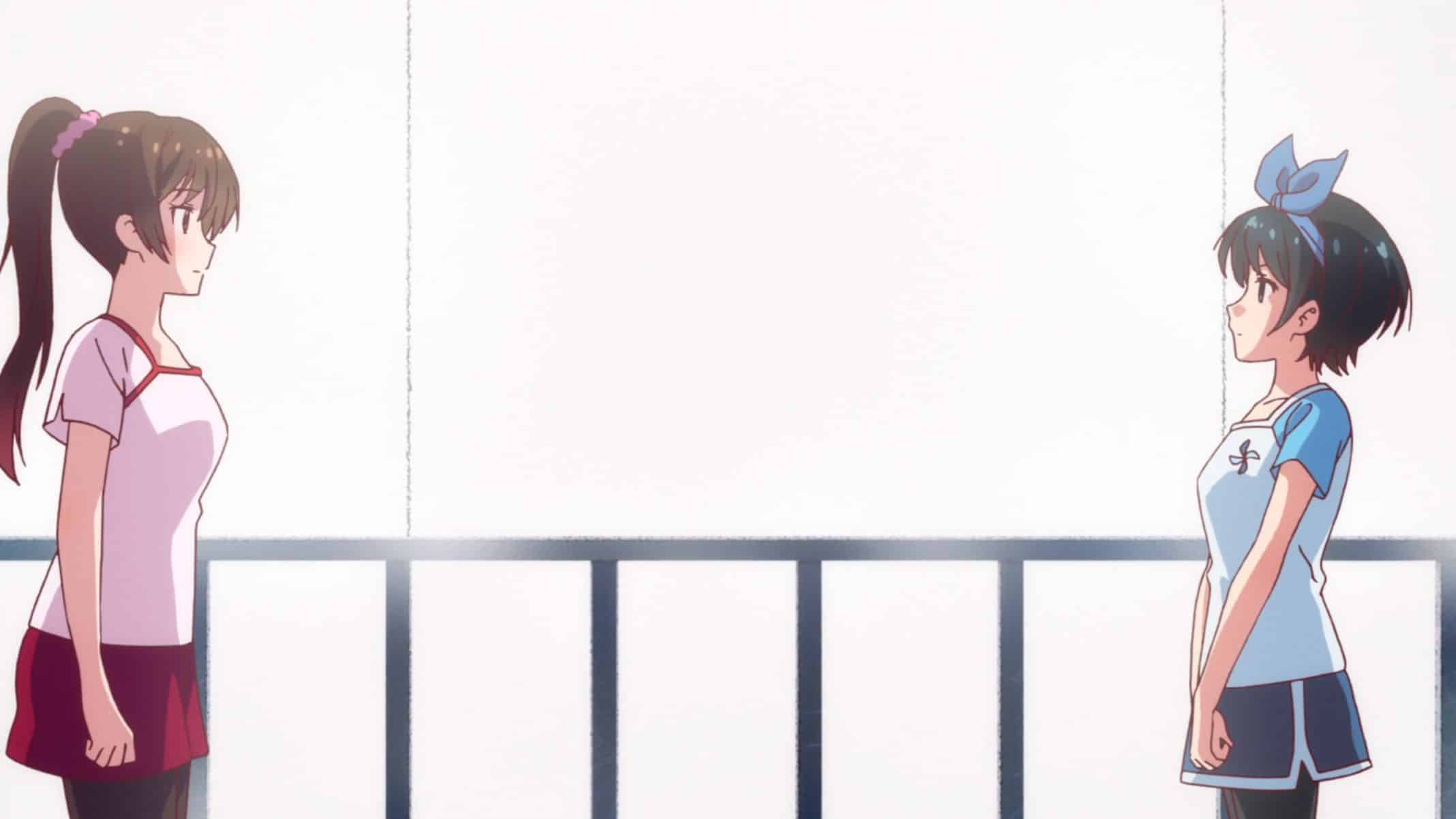 A new character is introduced, and they know something about Mizuhara that may do far more than simply complicate her life!

With Kazuya starting to catch real feelings and now being in a room, at night, with Mizuhara? Well, so comes the need to question how to handle things? They are neighbors, she is someone who repeatedly reminds him that he is her client, yet there are moments when he wonders if her kindness is genuine and not part of her act.

But, what really complicates things is he knows financially this can’t go on forever, yet he needs to have her, or anyone really, as a girlfriend since that would make his grandmother happy. So, it is agreed that Mizuhara will not only continue things with Kazuya but help him find his own actual girlfriend as well. Both recognize might be a challenge, but there is a dedication there that may allow this dream to come true.

Kuri, the bucktooth friend of Kazuya, he has a girlfriend now. Her name is Ruka, and with that, both Kibe and Kazuya are jealous. Kibe since Kazuya has a beautiful girlfriend, and yet he is single – even with being possibly the most attractive of the bunch. Then for Kazuya, he’s jealous Kuri, who is lame like him, has someone like Mizuhara, without him having to pay!

I Can See Right Through Your Charade – Ruka, Kazuya, Mizuhara, Kuri

But, while Ruka seem to genuinely like Kuri, there are ways about her that raise red flags. One being that she was mean to Kazuya when he bumped into her, but comes off super sweet and put together, like Mizuhara, during a double date Ruka sets up.

However, the big issue is that Ruka pulls Mizuhara aside and asks if she is a rent a girlfriend. Leading to multiple setups where Mizuhara has to try to prove she is not and being that Mizuhara never steps down from a challenge, she nearly kisses Kazuya!

Leading you to wonder if Mizuhara or Kazuya’s grandma hired her to integrate into their grand children’s lives to see what’s going on and push them farther along as well. For the show, strangely, skips the rest of their time at that spa. Thus we can’t see their grandmother’s tease and poke at what may have happened when Kazuya and Mizuhara had a night alone.

Something needed to shake up Kazuya and Mizuhara’s dynamic. Him being unable to read how she feels and whether it is her doing it, or the character she made up, it was difficult. Add in him legit falling for her, despite her constant attempts to make sure he is firmly in reality, it called for a third party to make both take note of what’s going on here.

I mean, clearly Kibe can’t do so, since he is trying to live vicariously through his friends. Kuri, who is just happy to have a girl, he isn’t going to notice or say much. So Ruka showing up, saying something, and rocking the boat, it’ll either be what tips it over or sends Mizuhara to a place where she might legitimately look at Kazuya as a serious partner. A journey that surely won’t be quick, nor easy for her to wrap her head around, but it can be done.