Keyarga: Human life sure is fleeting...

Redo of Healer gives us a reprieve by featuring run of the mill violence, and less violent sexual content than it has done since episode 1.

Mind you, there is the possibility he could not only heal but strengthen her using his blood, but it seems Keyarga wants a harem. Though it isn’t clear yet if Freiya is aware Keyarga is taking advantage of Setsuna yet.

Rather than wait too long, Keyarga grants Setsuna’s vengeance within a few days. But, just for his own kicks and giggles, Keyarga also has Freiya join in using her level 5 magic. Because, what’s better than to have the princess kill part of the soldiers of her kingdom? Though it should be noted, Keyarga joins too. He pretends to be the sword hero to help mow down enough Gioral Imperial Army soldiers, dressed as mercenaries, so Setsuna can finish the job. Thus leading to grand praise for her and Keyarga having her loyalty forever.

Though, considering all that happened to the Ice Wolf Clan, Setsuna’s vengeance, and how Freiya is without her family’s influence, makes Keyarga believe he needs to dismantle the kingdom for real change.

You’re Not The Only One Looking For Revenge – Leonard, King Jioral

The problem with that idea is that Leonard and King Jioral are aware of the swap Keyarga did, and now Leonard is tasked with getting King Jioral’s daughter back. This could be an issue. Mainly if the other heroes and Freiya’s sister gets involved.

Remaining Unsure How To Feel About Keyarga

You have to feel for Keyarga due to every episode, up until now, showing him drugged and raped, possibly daily. Yet, him leading Setsuna to believe she had to have sex with him to get stronger, that was exploitation, right? Considering he knows the extent of his powers, surely there could be other ways, or was his semen truly the only, or perhaps quickest, way for him to make her more powerful? 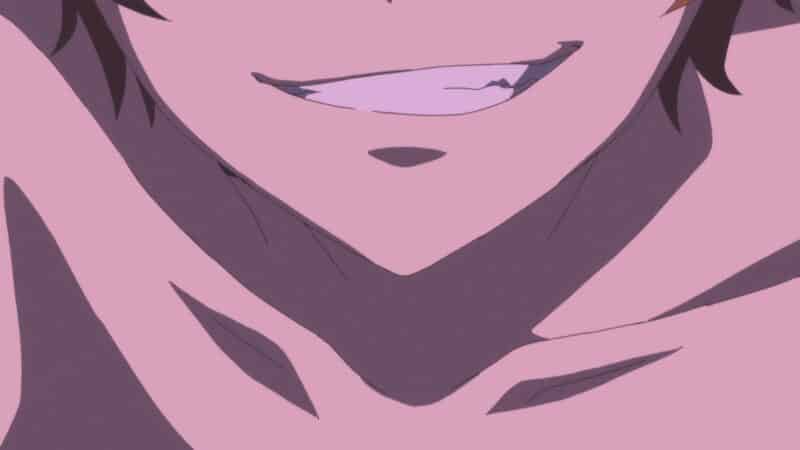 And granted, Keyarga does make a pledge to not kill people who have done him no harm, but is everything before murder a possibility? Will we possibly see what was done to Flare happen to Bullet and Blade? Our curiosity is piqued.

The Possibility Of Keyarga Being Presented With A Real Threat

As of this episode, Keyarga is immensely overpowered. Note, he did say King Jioral was stronger than him, but whether or not that remains true is hard to tell. For one, we’re not clued in to how people level up or improve their stats beyond building a tolerance. And thus far, we’ve seen Keyarga build up a drug tolerance, but nothing beyond that. And while his heal ability gives him the skills to take out the average person, again, we find ourselves referring to him knowing he couldn’t take on King Jioral.

Which was before Keyarga became the person we know now. However, while maybe he could defeat the king one on one, it’s unlikely he could take on the King, Leonard, the other heroes, Flare’s sister and potentially survive.

While ultimately Setsuna’s mercy dealt with personally wanting to kill humans, you do have to appreciate that she didn’t want them poisoned and weak when given the option. Now, maybe it was because she didn’t think all humans deserved to suffer. However, it’s hard to be sure if she’ll take on Keyarga’s vow of only harming those who have or seek to harm her.

Considering How Far Things Go With Sexual Violence, It Was Surprising The Battle Wasn’t As Shocking

Yes, we saw blood spraying like it was a Quentin Tarantino movie, but didn’t the violence almost seem tamed? We didn’t see guts, any real gore – and people got their heads chopped off. Heck, even when Setsuna got her revenge, she wasn’t ripping out jugulars or anything like that.

Granted, saying all this can come off hypocritical, considering the level of shock we had in regards to how Keyarga has thus far gotten his revenge. But that’s the problem with shocking anime. They set the bar so high early on that eventually, they falter and feel like they’ve lost that edge.

Remaining Unsure How To Feel About Keyarga - 85%

The Possibility Of Keyarga Being Presented With A Real Threat - 86%

Considering How Far Things Go With Sexual Violence, It Was Surprising The Battle Wasn't As Shocking - 74%

With a more tame episode, so comes the question if Redo of Healer only knows how to present shock value when there is sexual violence. And with the violence more tame, so follows how good this show is when it no longer leaves you surprised with how far it will go?