Wherever I Look
Recaps, Reviews, and So Much More
Home TV SeriesAnime Redo of Healer: Season 1/ Episode 11 “The Healer is Troubled by Norn’s Brutality” – Recap/ Review (with Spoilers)
Anime

Redo of Healer: Season 1/ Episode 11 “The Healer is Troubled by Norn’s Brutality” – Recap/ Review (with Spoilers)

As Princess Norn prepares to wreak havoc in Branica, once again, Keyarga finds new names to put on his list for revenge.

The Death of Blade and Birth of Georgius – Blade, Keyarga 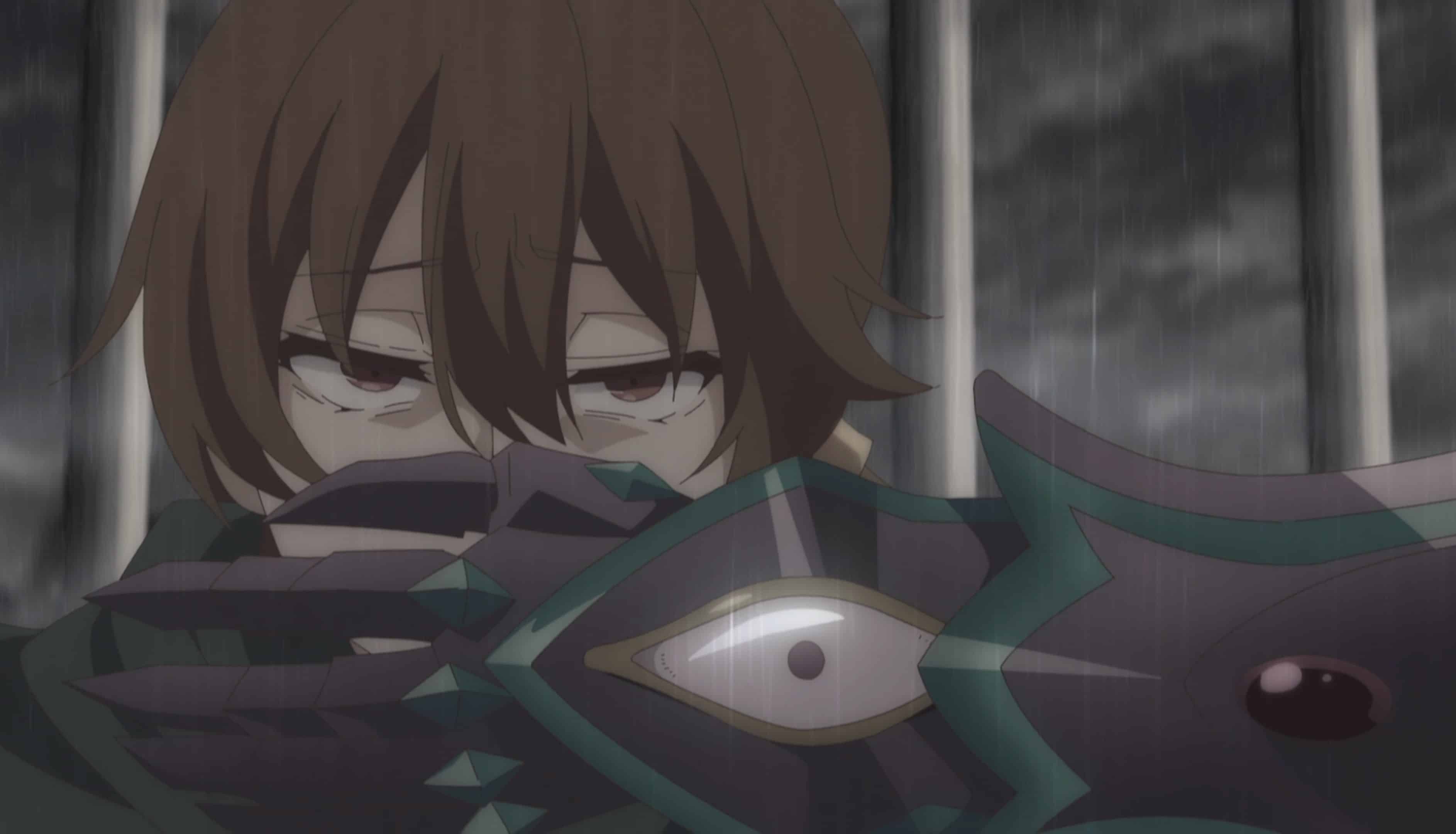 Keyarga with the Sacred Armor Georgius

After having Blade, by three men, r***d and tortured to the point she dies from her injuries, Keyarga takes her sword, Ragnarok, which transforms back into a jewel. One that becomes the Sacred Armor Georgius, which Keyarga believes will allow him to become the hero he wants to be and the one Branica will desperately need.

The End Of The Good Times – Karman, Keyarga, Hawkeye

You see, as established, Branica exists on this balance of demon-kind and humanity living in peace, which for Keyarga, is the world he wants to create across the land. For with him having better relationships with those who have demon blood, be it his harem or his business partner Karman, they give him hope and peace. But with people like Hawkeye walking around, who may not be as strong as Keyarga but can sense the slightest muscle movement, without Georgius, Keyarga is at a disadvantage.

But with Georgius, despite Hawkeye’s abilities, the scales might have evened up or become tipped in Keyarga’s favor once again.

Just in time, too, since Princess Norn decides to begin a massacre, after having hooded men, who were part of her team, create a rebellion to justify her actions. Thus, demons in Branica are killed indiscriminately, and any human in the city who seems on the side of demons, Princess Norn is willing to treat them as brainwashed so killing them can be explained. And as this happens, Keyarga watches unamused, but when Karman is slain? Oh, it becomes personal. 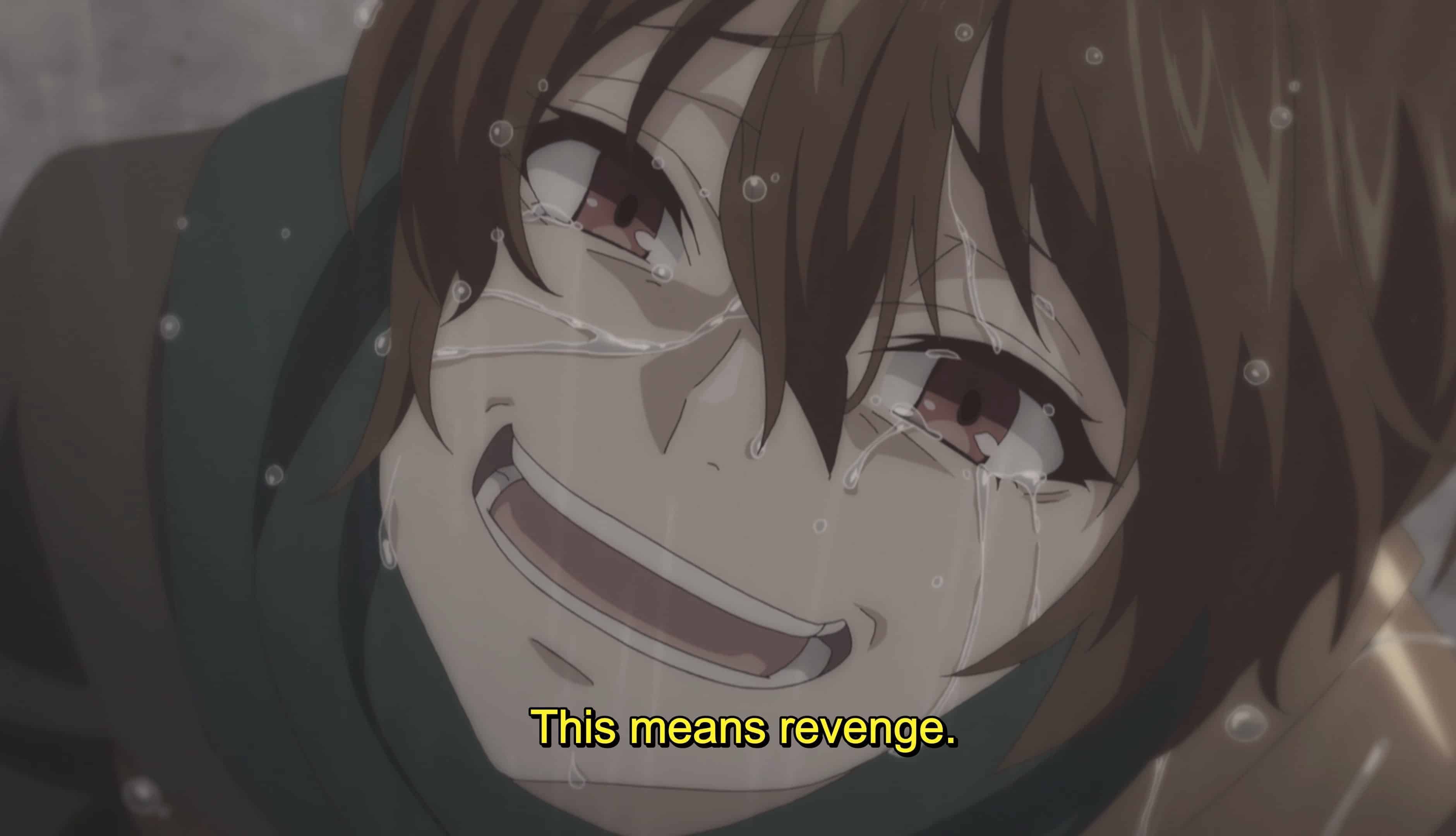 Keyarga crying as he mourns his friend and begins plotting revenge

Now, as for how Keyarga, even with this new weapon, will find a way past Hawkeye to Princess Norn? Well, that is when Freia comes in. Because, as established when Keyarga was Keyaru, in the tent scenes, Princess Norn and Princess Flare do not have the best relationship. So for Princess Flare to project herself over the city, this will undoubtedly stir up old feelings, throw off Princess Norn, and cause issues.

Justice that only upholds one’s own ideals is completely worthless.
— Keyarga

We can appreciate Princess Norn because she seems as crazy as the other villains of Redo of Healer, yet also shows the progression of how calculated they are and how they are the ones actually brainwashed. With each one we meet, and that gets developed, we see they aren’t reckless and are actually working the system to suit their needs.

At this point with Princess Norn, the system is set up where demons are supposed to be these evil creatures that need to be eradicated for the safety of mankind. Which, when it comes to the long-abandoned Branica, this hotbed of intermixing is seen as an abomination.

This is where things get potentially interesting, at least if you want to see Redo of Healer as more than a revenge tale featuring women getting r***d to death. One could say, when it comes to the show, it does present commentary on how governments exploit their citizens to justify cruel actions. The Kingdom of Gioral wanted to expand, and to do so, they had to take demon land. So by making demons, and demi-humans, seem like the causes of all the problems in the world and hyping up the decisions of a few, and generalizing them, you can feed off that fear and make an empire.

You could also look at the kingdom’s desire to keep people from intermixing as a take on xenophobia. Which, I know, making Redo of Healer likely deeper than it is can be seen as silly. Yet, you have to admit, sometimes there seems to be more here than Keyaru finding people who tortured him throughout his past life and him making sure they experience all they did in one lifetime in one night.

As Princess Norn wreaks havoc in Branica, we're reminded that Keyarga's revenge really isn't about anyone but instead the system that created, developed, and enables the people who tortured him.