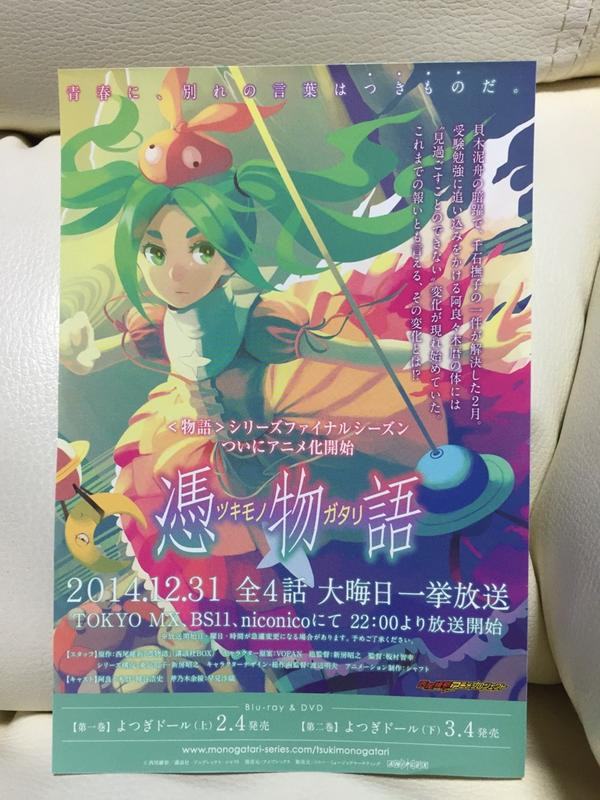 With Araragi’s reflection gone, he enlists the aide of Shinobu, Ononoki, and Kagenui for guidance.

With Araragi’s reflection gone, he immediately calls Shinobu out for expertise. Leading her to the diagnostic that he has become a vampire. Though Araragi refutes this for with a crush toenail which is unhealed, he claims he has no vampire powers. However, being that the sun is out, Shinobu counters that the sun is interfering with his powers. Leading to the need of a second opinion which the two of them believe only Kagenui could provide. Meaning they need to find Ononoki. An issue because they don’t have the contact information for either. So they consider contacting Kaiki, which isn’t an option; then maybe Hanekawa, which also isn’t an option; and then Gaen. An option they don’t have to even put effort into since she sets up the meet without a phone call.

Since the, “How and why Araragi is turning into a vampire” question is answered in topic 2, we’ll skip that. However, I must note how odd, if not creepy, it is that Gaen is all knowing. But, with something said by Kagenui in topic 2, about Ononoki, perhaps there is an answer to why Gaen seems to appear and move around as she chooses.

After finding Ononoki, at a meet up made by Gaen, in an arcade environment, the group moves to Oshino’s old school grounds to speak. Leading to a few tests being done and both Ononoki and Kagenui confirming Araragi is becoming a vampire. Mostly due to the fact he has not only transformed into one so often but also because he has become accustomed to it. Leading to Kagenui explaining the purpose of Ononoki who is made to create a separation so she, herself, doesn’t become accustomed and used to apparitions. Since, in the case of Nadeko, it seems becoming too close to an apparition leads to you becoming one.

Now, as for how Araragi can fix his condition? Well, he can’t. There is no fixing or reversing, but simply just stopping his vampire transformation progress. Meaning he needs to stop becoming a vampire and that means, as Tsukihi asked him to, he needs to stop putting the weight of the world on his shoulders. Otherwise, whatever bit of him that is still human will be gone.

With the summary being self-explanatory, I left the situation with three questions: The first being that if Kagenui makes use of Ononoki to not become accustomed to apparitions, and not become one, what has happened to Kaiki and Gaen? For, from what it seems, neither have some sort of filter to protect them. The second question deals with Shinobu. For with Araragi become a vampire, and him drawing strength from Shinobu’s vampire powers, does this mean she gets weaker in the process of him becoming strong? Lastly, there is the question of Oshino: Where is he? For with each time his name is mentioned, it does lead you to wonder where these figure spoken about, every now and then, has gone? Much less, will he come back?

Ok, based on the way the conversation is going, this is post-Snake God/ Sengoku incident. Though before Kanbaru lost her monkey arm… I think. Taking note of this Reddit timeline, pretty much we’re post-Nadeko Medusa, but before Suruga Devil.

“I think you’ve racked up stupidity, not experience.”