Wherever I Look
Recaps, Reviews, and So Much More
Home Anime Kokkoku: Season 1/ Episode 9 “The Ninth Moment” – Recap/ Review (with Spoilers)
Anime

As Juri does something drastic, we discover someone else in her family has a power which may shift who has the upper hand.

With Sagawa and Shiomi trying to expel Grandpa from stasis, it is a rush against time to teleport into the room and do something. Of which, Juri decides to break the stone and kill whatever this little eyeball looking thing is that seemingly has some power over Grandpa’s specter. With that, he is able to stay and just as Sagawa is about to come in, test his might once more, we see him attack Shiomi.

Why? Well, based on Shiomi’s way of putting it, it is simply because he no longer had a use for him and as for Shiomi, why stick with Sagawa who has no intention of sending him home? The relationship now wasn’t mutually beneficial, and so it needed to end.

What in the world was that thing in the master stone? Also, is it just safe to assume that we’re not going to get any legit explanation as to how all that works? Nobody knows so it just plainly won’t be talked about?

Understanding What You’re Up Against: Juri, Shiomi, Grandpa, Majima With Shiomi switching sides comes some valuable information. The first being, Sagawa can sense people within 100 meters, and see how many people are around. He can’t tell who someone exactly is, but just this sort of radar gives him more than enough of an advantage. Especially if Shiomi isn’t lying about switching sides.

Alongside this, it is revealed that Sagawa’s main goal is to figure out a way to harness the powers of the specter to travel through time as he wishes. But, while this makes Juri think they could make peace with him, since they don’t sound like a priority, Shiomi clarifies – he still wants to fight. With him wanting to fully test out his powers and what, if any, limits exists, he needs to take on Juri and her family to get a full sense of what he can, can’t do, and if there is a means to expand his abilities.

Setting aside what is noted in the next topic, it really did seem Juri would basically just have to expel everyone and hope in a one on one battle with Sagawa, she would win. But, even then, wouldn’t her destiny pretty much be becoming a herald? She is guaranteed to be stuck in stasis forever and then there comes the question of Majima’s family. Her brother could be expelled, but her parents are gone. Can they still cross over or is that not an option without a stone?

Also, could it be that Sagawa’s blood was only strong enough or connected to stasis for a one-way trip but, in reality, Juri and her family’s blood allowed for a two-way connection? 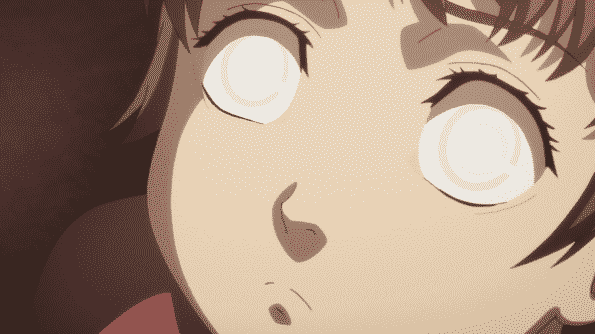 Remember Tobino? It’s fine if you didn’t since he was just one of the many thugs Sagawa hired. Well, unlike the rest who got killed to test Sagawa’s powers, he is still hanging in there but has hit that level of despair to become a herald. One which doesn’t hunt down Sagawa but upon seeing Takafumi and Makoto, goes straight for them. That is, until Makoto reveals he has the power to control Heralds with his mind.

Something Takafumi takes advantage of, especially as Juri and crew come to see what is happening, and Sako mistakenly thinks Takafumi has powers. Which, from the looks of it, he is going to use to gain influence since Makoto seems fine letting his grandpa get all the glory.

I was so glad Juri was ready to shut down Takafumi’s nonsense and then so mad Makoto went with it. Yet, with Makoto being able to control heralds, so comes the question of whether he can control Sagawa. Much less, when two heralds battle, is it a stalemate or because Sagawa has more control, he can win? Plus, can heralds who still may exist in stasis, just not be local, be called upon to defeat Sagawa?

Also, could it be Takafumi does have powers but he just hasn’t met the right circumstance for them to activate? For it really does seem like you have to be on the very brink of death for them to activate. So was he not in that sort of fight or flight mindset for the specter’s to give him a gift? Or could it be, if you choose flight they are just waiting for you to give up and become a herald but if you choose to fight, then they give you powers?