Wherever I Look
Recaps, Reviews, and So Much More
Home Anime How Not To Summon a Demon Lord: Season 1/ Episode 6 “Slave Market” – Recap/ Review (with Spoilers)
Anime

How Not To Summon a Demon Lord: Season 1/ Episode 6 “Slave Market” – Recap/ Review (with Spoilers)

So, it seems we won’t be heading off to Greenwood since Keera pops up. That is, alongside a slave marketer who, through the power of touch, teaches Diablo a thing or two.

Based on Celestine’s recommendation, Diablo and his people head over to a slave market to see if the slaver, a woman named Medios, may know a way to break the curse. Does she? The answer is no. However, she does teach Diablo how to sense and read magic. Understand the flow of it in someone’s body. Something he practices with a nearly naked Shera. Leading to lots of lewd sounds which definitely are not safe for work.

Let’s bypass talking about the ecchi and look more into this whole sensing thing. If Diablo did what he did to Shera, would that mean he’d encounter the demon lord? Maybe even agitate it? For with the way he talked about having to unravel a lot of yarn like strands of magic, did we just learn what he’d have to do in order to free Rem?

Also, taking note of what was just said, could they see the person behind the Diablo persona if they explored him? While Shera is making orgasmic sounds, Rem and Alicia are just freaked out while listening and talking amongst themselves. One thing brought up is how Rem has secrets and Alicia, possibly just being cute, does a charm on Rem’s hand which causes a reaction. The kind which makes you wonder if Alicia has ulterior reasons for joining this group beyond peace with the Greenwood kingdom.

With Alicia talking about seeming righteous leading to mounting lies, actual quote below, it makes you wonder what she has lied about? For example, is she actually an imperial knight? On top of that, could it be between monitoring Diablo to maybe Rem, that is her true task? Between what she says and how Rem’s hand reacted, something seems off here. For while it could just be the demon inside of Rem reacting to foreign magic, one thing How Not To Summon a Demon Lord has shown is that there is more to this anime than meets the eye.

In the night time, before bed, Keera shows up and speaks as if everything that has happened was a misunderstanding. The bounty, threats of war, everything that made it seem Shera is creating a whole lot of issues. Which, of course, leads everyone to raise an eyebrow. Why is he being so nice? What led to him coming in person to talk and say he’d respect Shera’s wishes? It is all very phony and we see, before the credits, he clearly has something planned. What exactly? That’s currently unknown. All that is clear is that we are still trapped in that damn town so Keera better make things interesting. 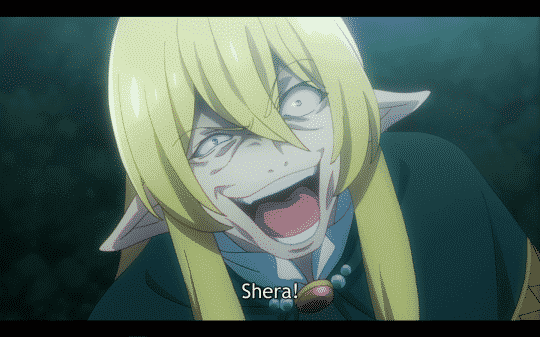 Is it wrong to be upset we’re still trapped in Faltra? I was so excited about the idea of us actually leaving the town and then it becomes we’re going to this tent, and right back to the room where ¼ of this show takes place. The lack of adventure is going to become an issue – at least for me. Since one of the counterbalances for how ridiculous this show can be is seeing Diablo overpower cocky people. That is, alongside explore what seems to be a rich world that has an established culture. A culture we barely have gone past the surface of.

Yet, I’m starting to fear this might be the most we should hope for. Someone coming to Diablo trying to start something, him handling it, a boob grab here, some lewd sounds there, shame, rinse, and repeat. Making me really hope Keera produces something interesting during his arc. If not Alicia reveals she is not as she appears to be. For we’re already in way too deep to quit now.

The harder you try to be righteous, the more your lies steadily increase.
— Alicia (How Not To Summon a Demon Lord)

It is definitely a lost opportunity to explore the world more as so far other than that one walk out to the forest, we really haven’t gotten much of a look at anything outside of the city. And as you said, it seems like this should all be part of a much larger world that seems like it has been established given comments by characters about other places and cultures so it would be great to see some of it.
That said, I am still generally enjoying the show so far for what it is.

Think it may make the top 5 when you do your poll, at the end of the season?