With everyone outnumbered and their lives threatened, it is determined something drastic must be done – leading to the death of a group member.

With Madoka being a leader of what he calls “s***heads,” though really are the socially isolated and perhaps strange as he is/ was, he doesn’t mind the group Clair is in joining his. However, with what was done to one of his friends, he believes someone must die. Mind you, the beating Isao and Yota took makes it appear they could be dead, but that isn’t enough. 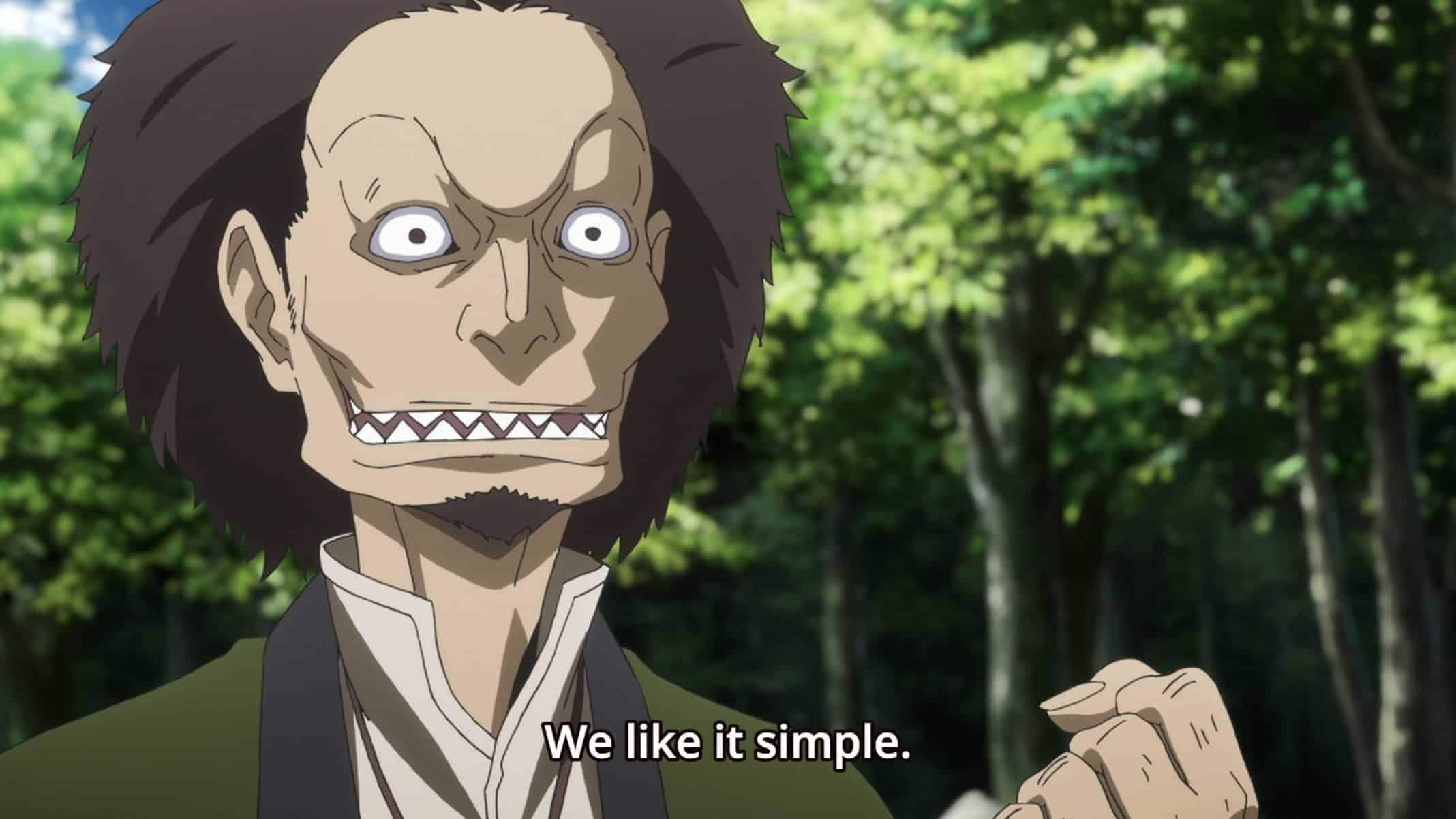 However, with Clair raising questions and showing a lack of fear, Madoka takes a liking to her – and not just because she is in a school swimsuit. So, she is off the hook for being sacrificed as everyone is pushed to make a decision.

This Is Our Burden – Clair, Elena, Shuichi, Isao

As Clair has shown time and time again, when you lack strength, you must use strategy. That is how Subaru was handled, and this time is no different. So, with Isao’s help, she has him grow a multitude of Oleander flowers which are harmless on their own, but poisonous when burned. For the idea is to suffocate Madoka and his men vs. sacrificing someone.

But, what wasn’t expected was Shuichi to be adamant on sharing Clair’s burden, and this leaves her touched. In fact, it pushes her to realize why Elena killed their parents and didn’t say or get Clair involved. It was to protect her conscious, try to keep it clean and allow her to move on.

Someone Has To Pay The Grim Reaper – Ikeuchi, Madoka, Clair, Elena, Koyanagi, Uchuujin

Being that Clair didn’t get to circulate her plan to everyone, Ikeuchi makes a run for it and tries to tell Madoka what Clair has planned from a superficial point of view. Because of this, and the pact made with Koyanagi, he chokes to death, due to her hair. As for the others? Well, after all is said and done, Koyanagi notes she is a bit frightened of Clair. Which isn’t taken as an insult, but is definitely noted.

But, as Clair is admired and feared, Madoka is trying to save his people and possibly dying of smoke in the process. However, whether he does perish due to the Oleander fire isn’t confirmed. The only thing confirmed is, as the episode ends, Elena plans to have a talk with Uchuujin. Maybe about Shuichi’s missing memories.

What has consistently raised “Gleipnir” in the face of its desire to have ecchi and increasingly lackluster fights is the depth Clair brings to moments. Her connection to Shuichi, and the bond they have, has continually compensated for the show’s shortcomings, and it was no different in this episode. We finally got a notable villain, who could easily take out Clair’s group, and they might have been subdued by burning flowers.

Yet, in Shuichi stepping up and not allowing Clair to let him maintain some semblance of a clear conscience, you’re reminded their bond is beyond survival. There is some kind of love there that neither is sure how to define, but know it can’t be limited in the structures of friendship or romance.

While not dived into deeply, getting to know Madoka’s backstory was nice. It helped amplify his persona and make it so, despite a jarring appearance, and sometimes conflicting attitude towards followers, you understood his story. Madoka wanted to be the leader of the misfits, those average or below, in any category, and simplify a life others made complicated. He wanted to make their dreams possible and is presented as a far more complex figure than initially seen. 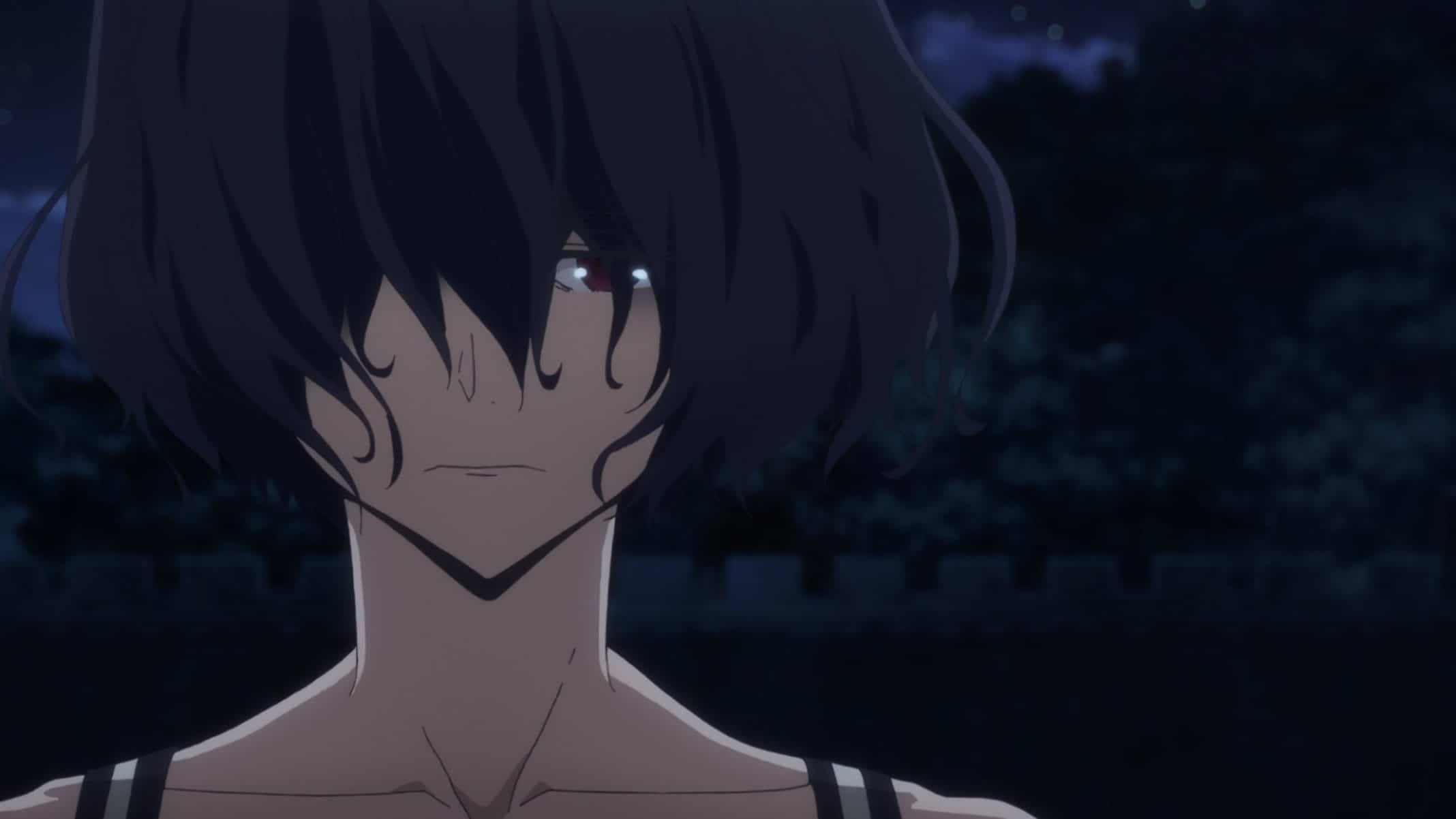 Lest we forget, Elena’s transformation and Shuichi’s is possibly linked and with him lacking certain memories of her, questions need to be asked. But, as Koyanagi told us earlier, if you are not specific in your wants, your subconscious will manifest your wish. So, with Clair gaining further understanding of Elena from her point of view, here is hoping the episode to come will allow us to understand her better. Especially in regards to her relationship to Shuichi.

Is That The End of Madoka’s Group?

Should Madoka’s group be considered the warm-up to Elena’s? Again, we didn’t see him die, maybe two of his followers, but with the death of Ikeuchi being swift, it would seem Madoka’s team would be nothing. I mean, what they have in quantity they lack in quality and the few we’ve met were barely named. So is this the end, or will this just add fuel to Madoka’s fire?