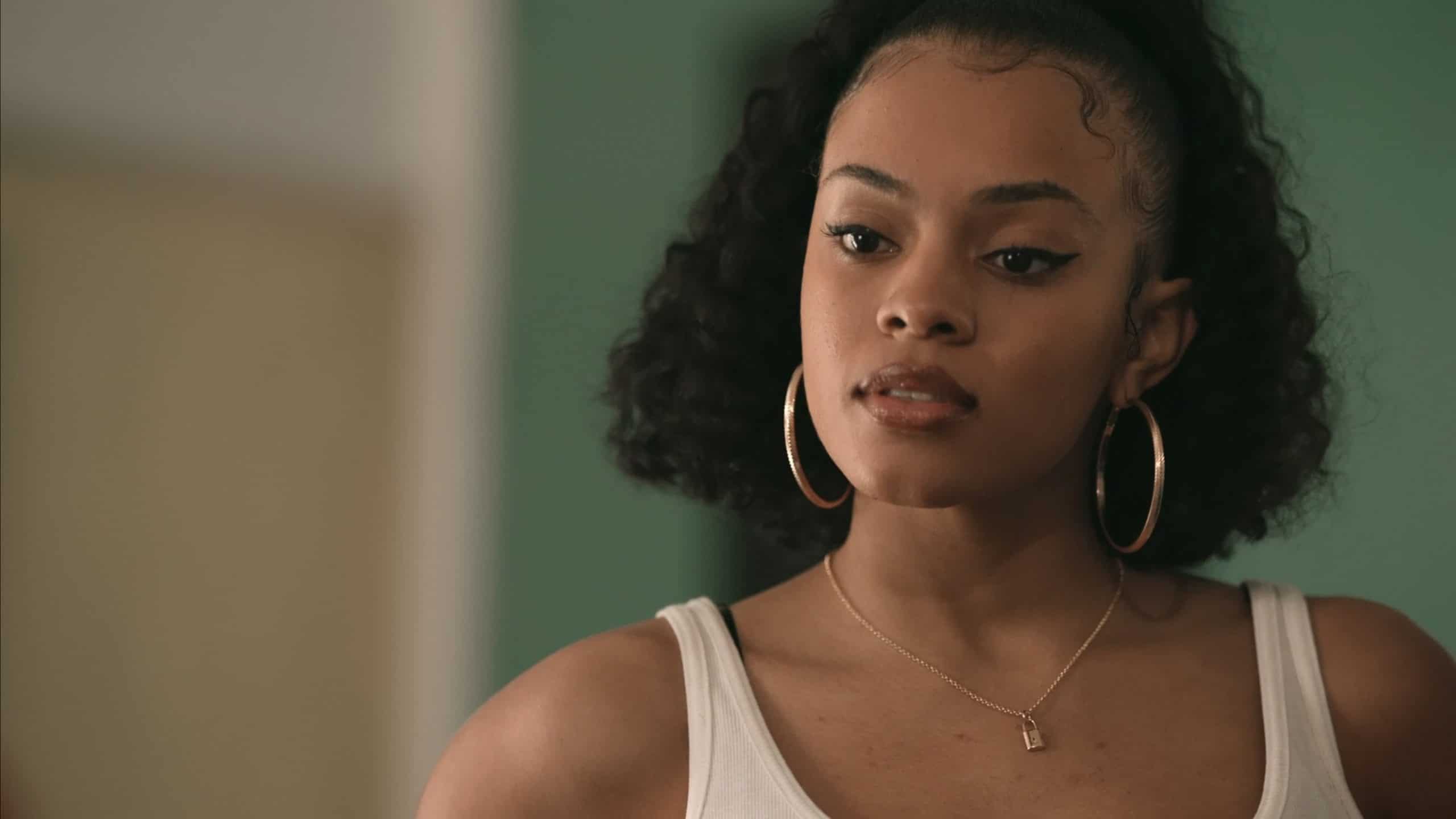 Angel is making money and taking care of her girls, but with Monroe on her heels, she has to tie up loose ends and not let her emotions get the best of her.

While Angel is making money, Ms. Toni clarifies that she could be making more if Diamond wasn’t involved. Angel peeps this as Ms. Toni trying to recruit her cause she likes her, and Ms. Toni puts a halt to that. It’s about business, and while Ms. Toni likes Diamond, they just want to put Angel to game so that she isn’t out here thinking Diamond shines bright when there are a few flaws in that girl.

Case in point, while Angel and Diamond have never defined their relationship so viewers can know what they are, Diamond makes it clear, with a girl named Winter in her bed, she doesn’t believe in being exclusive. This pisses Angel off, who decides to flip out, and only when Diamond has debilitating period pains does she forgive her and get her some tampons.

All Bark and No Bite – Sheree, Angel

Sheree, with Teresa gone and now without a leash, is feeling herself a bit. Angel tries to let it ride for the peace, but when Sheree dips on the kids and goes to dance at what looks like a modern brothel? Angel snaps at her. She not only gets her out, almost dying by pulling a gun on someone with a whole crew that was strapped, but then fights her in the parking lot.

Well, better said, she hits her, expecting a fight, but when Sheree breaks down the way Angel did when Diamond hit her, she realizes Sheree isn’t about that life. She may have bullied Angel, and Sheree may have a lot of mouth, but she is defenseless when it comes to throwing hands. So, the two make a new start, and Sheree learns that Angel can be a protective, a provider, and someone she can trust and see as family.

With Sheree calming down and it being clear Angel can’t have them hop from motel to motel forever, Diamond brings about a solution. Pay off the case worker to get the files, which makes them lost to the State. However, Monroe, who is investigating Teresa’s murder, is a different story. She is hot on Angel’s tail and almost gets to the girls.

Luckily, they went to a nearby park, as instructed, in case anything did happen. But with no one getting Angel’s $5,000 that was under the mattress, now Angel has lost all the money she gained from working with/for Diamond and Ms. Toni and has to make her next move quick.

Milk could be one to look out for. Between asking for a gun and having a minimal reaction to all that is going on in her life, it is clear she could easily give herself over to the streets and walk in Diamond’s footsteps. This leaves you to wonder what is next for her considering she doesn’t want to stay in the role of the kid who needs to be protected after all she has been through and wants to be able to defend herself and not be a liability to her loved ones?

Angel Realizing She And Sheree Are A Lot Alike

Because of how Sheree was introduced, you could easily lend yourself to the belief she was a bully, who had long implemented social welfare on Angel because she felt she could take her spot. Now, where exactly? That’s hard to say, considering Angel being light-skinned or Hispanic, wasn’t helping her at home or school. But Sheree’s past clearly led her to believe Angel was a threat.

Yet, who came running before Sheree ended up having men in their thirties or beyond do to her like Angel had experienced in episode 1? Angel. She risked her life for someone who has never really shown any love towards her and is seemingly only with her because she has no one else.

But the real kicker here is how much Angel has taken on Diamond’s beliefs that she hit Sheree, thinking it would spark the fighter in her. If not, like boys, they could work out their differences by slugging on one another. Yet, Sheree’s response mirrored Angel’s in which being assaulted only made her weaker and break down. Thus, it ends up being Angel who finds something in her sparking, and it is that heart she has that keeps her from continuing to hit Sheree or shoot her mom when she discovers where she currently lives, based on the file the social worker gave her.

There is a difficult push/pull between wanting authentic dialog yet also wanting characters to be progressive in terms of representation. No one wants characters who are “woke” and make that the sum of their identity. Yet, the realness of Monroe being racist against those from the middle east, Sheree racist term for Hispanics, or Ms. Toni making an off-hand comment about people from the Arabian peninsula can lead to mixed feelings.

But that’s where we are in the history of entertainment. How do you show real people, celebrate diverse voices and actors, yet not give them flaws that allow them to say or do unlikable things? Maybe even have them go so far as to be hated? All the while, make it clear they are only human, and their prejudice is likely rooted in something personal that is potentially linked to trauma.

It’s really weird how there are so many characters, whether cis or trans, who have uteruses, yet cramps, needing a tampon or pads, maybe having to put in a diva cup, isn’t something you hear to the point of it not being worth bringing up. So to have Diamond, of all people, needing a tampon, stuck in bed because of the pain, it was a welcomed surprise.

We always appreciate a familiar song on a project. Episode 1 has “Shallow” from Lady Gaga and Bradley Cooper’s version of “A Star Is Born” and a few other notable hits. However, even with recognizing a show like “Angel” shouldn’t be bound to R&B, Hip-Hop, and Rap, I must admit with no one in the show talking about music taste, it is weird to hear songs like “Boulevard of Broken Dreams” play.

Not that I didn’t listen to that song in middle school or high school when it came out, but as much as the eclectic background music is appreciated, as much as I get the context matches what is going on, the vibe feels off.

Angel: Season 1/ Episode 2 “Friends or Foes” – Recap/ Review (with Spoilers)
Overall
While the term “Sophomore Slump” is aimed more so towards seasons, movies, and albums, I must admit, there was a thought episode two of “Angel” could be a slump after a dramatic episode one. Yet, that ended up not being the case as getting to see Angel find stability, take on a protective role, and even bond with Sheree allowed for “Angel” to deliver something different yet entertaining.
Highlights
Period Talk
The Writing/ Dialog
Angel Realizing She And Sheree Are A Lot Alike
Trauma Hardens Souls
Disputable
The Music Choices
82
Subscribe to our mailing list