A Discovery of Witches: Season 1/ Episode 2 – Recap/ Review (with Spoilers) As Peter Knox begins to pressure Diana, she finds herself more allured towards Matthew and the vampires. Perhaps even romantically.

As can be assumed, Vampires exist across the world but we focus on one young woman in particular – Juliette. A Black vampire who seems to be under Gerbert’s care. Someone who seems to be quite powerful yet, when it comes to the investigator Domenico, he is as vulnerable as anyone else based on his findings. Such as Juliette killing a human named Matthew, rather brazen might I add, which forces Gerbet to punish Juliette by placing her in some kind of dungeon. 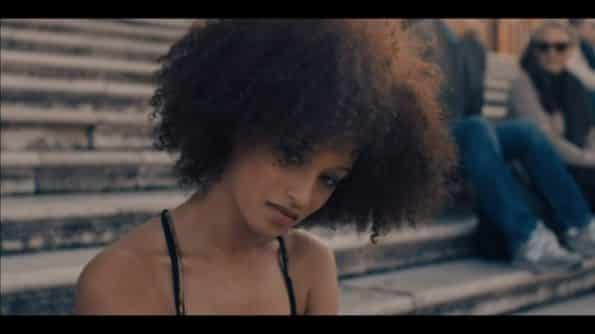 I’m going to assume this episode for them was just supposed to act as an introduction and further our understanding of vampire capabilities. Such as vampires in A Discovery of Witches having the same alluring abilities we have seen in other depictions of them. As well as, while feeding, being able to see the memories of those they feed on. And lastly, them having some sort of checks and balance system so even those as old as Gerbert don’t feel immune to some kind of law and regulation. For while it isn’t clear what Domenico could do, besides provide his findings to someone else, clearly he has some role in preserving the species.

How The Demons Are Doing: Matthew, Hamish

Matthew reveals, as he talks to Diana, witches and demons are dying out. Demons especially due to madness and Hamish adds in homelessness and being treated like they are a 3rd class is also a problem. Not for Hamish specifically, because he is an outlier. He has done quite well and Matthew makes it appear he runs London. However, it seems, even with his wealth and influence, he can’t do much for his kind so, like Matthew, he needs the Ashmole 782 to bolster his people. Heal them from whatever is going on that, over time, is driving them mad.

One thing noted in Matthew’s conversation with Diana is that the power of witches is growing weak. So, with that in mind, you have to wonder if it is because they don’t have much use for it, as he also says. But, with them not using their powers, and it growing weaker, and Peter Knox saying witches created demons and vampires, could it mean witches growing weaker means their creations are as a result? It isn’t clear how strongly connected demons and vampires are to witches, but considering the theory of witches creating many species with the dark arts, this adds onto that theory.

Speaking to the topic at hand though, I wonder if Hamish might be the only demon we meet. We have met a whole slew of vampires and witches but he has been the only demon revealed unto us thus far. Taking note most of them have gone mad, per Hamish, does that mean they couldn’t have much effect over the story? Beside a random chance encounter? Also, what are the powers of demons? That isn’t really seen or noted.

With Diana being so difficult, it only makes Peter press her more and more for Ashmole 782. He goes from being nice to having Satu stalk her and force himself into Diana’s thoughts. Which he gets pushed out from due to her using elemental magic. Then, to make things worse, he isn’t smart enough to make sure Jillian can maintain this ruse of Diana’s confident, handler, or whatever her purpose is. He allows himself to be seen and exposes Jillian which pushes her into Matthew’s space.

After all, Diana isn’t that social and the only family she has is across an ocean. So Matthew, who has been rather upfront, seems like a better bet to try to understand what is going on. If she must be involved in this insane battle over a book. And while, as with Peter, she is hesitant at first, she reveals what little she saw to Matthew and seems to not stake an alliance but definitely give cause for worry when it comes to Peter.

While watching this, and listening to the music during the Venice scenes, I got an almost Downton Abbey vibe. This idea we are watching a modernized, and magical, version of that show. For it is something about the tone of performances, the way the older characters or members of the cast act, it isn’t Elizabethan or Victorian, but definitely seems to surpass what we’re used to when mythical creatures are involved. People speak and move with purpose, and while we get Matthew craving Diana and her clearly developing feelings for him, it doesn’t produce an eye roll. It’s predictable, slightly disappointing, but it lacks the corniness that has tainted mystical being part of romantic stories.

With all that said, as things heat up, I wonder if the show may keep the effects mostly practical or step up the visual effects. Seeing Matthew run, the glass breaking, and things of that nature, are quite cool – don’t get me wrong. However, with Peter pushing himself into Diana’s mind, Satu seeming like a psycho, I wonder if things may ever escalate to the point they have to be a bit more creative?

Also, when it comes to Ashmole 782, I do find myself questioning why this one being, who seemingly was a witch, though very well could have just been a curious human, was able to document what they did? Nevermind the need to question why he, like Darwin and others, weren’t sired by vampires. You’d think, with us seeing so many of these beings in research, they’d have long for such minds to be part of their ranks eternally. For I’m sure even witches have found ways to bend time and remain alive long past when their bodies were due to expire.

There are only two emotions that keep the world turning: One is desire and the other is fear.
— Matthew

Magic is desire made real.
— Diana