13 Reasons Why (Thirteen Reasons Why): Season 2/ Episode 12 “The Box of Polaroids” – Recap/ Review (with Spoilers) Both sides have made their points, witnesses have been run through and final statements have been given. It’s time for the verdict.

Well, Mr. Porter is officially fired and his gift to Mr. Bolan is a bunch of folders of at-risk students. Which, on the very top, is Tyler. Why? Well, access to guns, no real stable friendships, his relationship with Cyrus going south and add-on Mr. Bolan being a hard ass? I’m talking, making it known Cyrus will just be suspended and Tyler sent to a behavioral school.

But, as seen throughout the series, Mr. Bolan isn’t the type of school administrator who seems like he should be dealing directly with children. Parents, at the school board office or building? Maybe. But in the physical school and interacting with young people? Hell no. 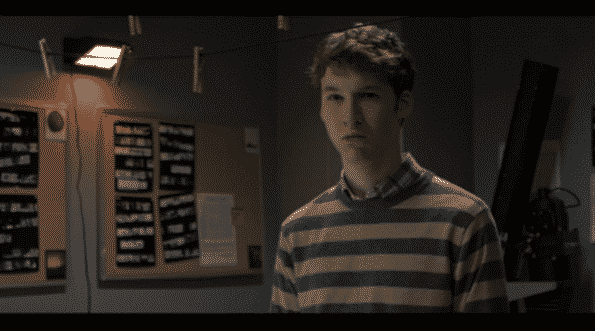 You already know Tyler about to shoot something up or the cliffhanger will be him walking in with guns in his bag. Though he has an off and on relationship with Clay, Cyrus was his rock and he betrayed him. Granted, Tyler brought on many of these issues by doing Mackenzie dirty but the main point of this episode was how much a person could be willing to sacrifice out of fear or loyalty. Which now, with neither owed to Tyler, and Mr. Bolan tossing Mr. Porter’s folders on his former desk, it is time for history to repeat itself apparently.

As becomes clear the more and more we learn about Bryce’s people, while the money, games, trips, and parties were a strong factor in everyone’s loyalty to Bryce, surprisingly friendship was as well. In fact, for Justin and a few others, Bryce offering a big brother role in their lives is what got them hooked. Speaking about Justin in particular, with his backstory, Bryce being nice to him in 3rd grade and offering him food, stealing a Twinkie for him, and things of that nature? That is what led to him putting up with a lot of Bryce’s nonsense.

Heck, as much as fear of Bryce gets mentioned, and he is clearly someone who has no concept of consent and what no means, he was there for his brothers. Justin got a place to stay, someone who helped him tie a tie, and he offered the family lawyer and so much more. Yet, as also made clear, while he was there for his brothers he didn’t take betrayal well at all. Though we learn he probably didn’t have anything to do with all the threats and vandalism. They were just done in his name because Bryce falling seemingly, in many people’s minds, meant their world going down the drain as well. 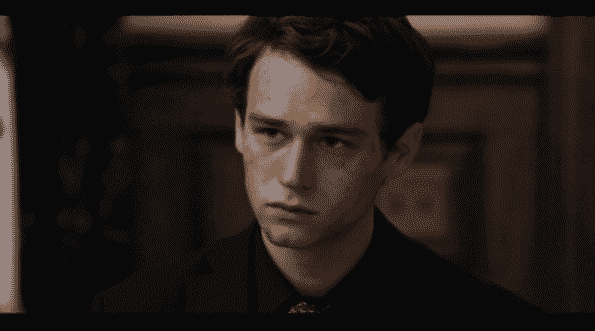 I see there is still some kind of attempt to not make Bryce into a total monster huh? Making it seem like he was a good kid back in 3rd grade then something happened? Maybe being so spoiled by money and protected by his team made him feel invincible? Made it where he took the whole, what’s yours is mine and what’s mine is yours too literal. On top of this idea that he could have whatever he wanted.

Yeah, I’m sorry but there isn’t some ambiguity when it comes to Bryce’s sexual encounters. There isn’t any Bay and Tank, from Switched at Birth

ambiguity here. Bryce knows what he did, we know what he did, and pretty much anyone who was friends with him knows what he did. Bringing me to the mindset of us really having to spread the blame around. After all, as seen, Zach kept Justin from stopping Bryce from circulating Hannah’s picture and who is to say Justin, one of Bryce’s first friends in the area, couldn’t have called out his best friend a long time ago?

Zach is the main one who has taken on the coward label but pretty much every one of the baseball and football team members are. Which isn’t to ignore the situations which make it all seem like Bryce collected people from the land of misfits but, considering some like Justin and Montgomery came from abusive homes, you’d think they would have said something before Hannah. But the world as a whole is very reactionary so why wouldn’t a bunch of teens?

All this time it has been Montgomery harassing everyone and it was because his home life has always been terrible and Bryce was the key to his short term and long term relief. Short term though a place to maybe crash, let loose, and long-term because baseball could mean scholarships and a career. However, after Alex threatens him with the gun he sent, we learn he doesn’t have the box of Polaroids. Who does? Well, that’s hard to say since we’re running out of suspects who have had enough screen time to point a finger at.

I mean, it could have been Nina for what we know, just so that she wouldn’t have to reveal her truth and protect other girls from doing so. But, point is, the Polaroids are missing, Montgomery was the harasser and then comes the case. Despite everyone’s best efforts, Olivia loses the case and the school isn’t found liable.

HOWEVER! With Jessica filing a police report and Justin corroborating on her story, Bryce does get taken in. Problem is, Justin does too as an accessory which is what Lainie spoke to him privately about as what could happen. Since, you know, the legal system is imperfect.

The Montgomery reveal was kind of a letdown but considering how much was going on outside the threats, that whole plot was never made to be anywhere near top priority. Also, I’d argue the missing Polaroids, while the main focus now, there is the same issue of not building up the mystery of who did it. But, can we all collectively agree that if Sonya lost the case to Dennis, that would have been some BS? Not to say I liked her method of handling things but she flayed each witness and massacred them. To the point that Bryce’s family may want to hire her because she is a shark with bite.

Which leaves us with Justin and Bryce’s arrest. I just hope whoever was doing all the random reporting about the court case noted Bryce threatening Jessica as he was taken. That and I also hope the trial doesn’t spill into season 3. Something that, at this point, I can’t even see the reason for since the Hannah saga is nearly complete with us getting a full view of who she is as a person. And while I get seeing these kids through senior year could be something, a good clean finish, I’d rather a movie than another 13 episodes personally. How about you?