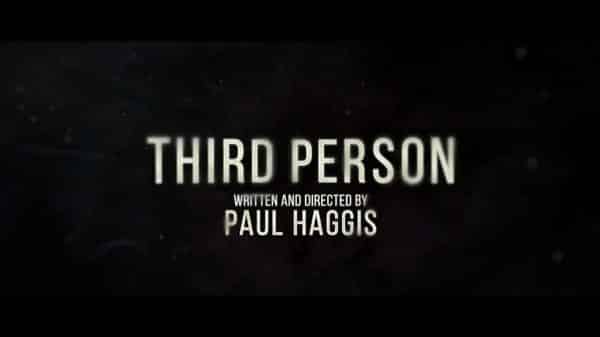 In a 3 in 1 story, we explore the complications of three relationships.

With a cast boasting Liam Neeson, Mila Kunis, Olivia Wilde, as well as Adrien Brody, in starring roles, it is hard to not be intrigued what this combination would do. Though with a low box office tally, as well as a low ratings on most media review websites, could it be this combination doesn’t create a cohesive film? Read below to find out.

Beginning with the central story, Michael (Liam Neeson) is a Pulitzer Prize-winning author who seemingly, as of late, hasn’t shown the writing abilities which lead to him deserving a Pulitzer. And while he works on his new book, somewhere in Paris, his mistress, and mentee, Anna (Olivia Wilde) visits him, on his request. Though with both of them having their own agenda when it comes to being in each other’s company, it is hard to say who is getting the most out of who.

As for the first side story, it deals with a man named Scott (Adrien Brody) who works in dealing fraudulent designer clothing designs who, one day while in Italy, comes across a woman in a bar named Monika (Moran Atias) who is in need. Why? Well, her daughter is being held hostage and she needs 5,000€. And with Scott having a child who he hasn’t seen in a long time, and Monika not being able to see her daughter in 2 years, his sympathy for her leads to him doing his best to help.

Leaving story 3 in which we watch Julia (Mila Kunis), a mother desperately trying to see her son, fighting a legal battle against her ex Rick (James Franco) who is doing everything in his power to stop her. The reason? Well, she neglected their son one time, endangered his life, and no he feels like he can’t trust the two of them to be together. Leading to us watching an uphill battle in which Julia tries to prove to Rick, as well as the courts, that she deserves, at the very least, visitation rights.

To me, each story could have possibly been its own movie. Neeson and Wilde’s was complicated enough to be a full-length picture, which I would see; Brody and Atias’ story could have been an action movie, a drama, if not a noir, which I probably would be labeled “TV Viewing”; and Kunis and Franco certainly could have had a nice dramatic film in which, maybe, Kunis could show her abilities, or lack thereof, as a dramatic actress. Which I probably wouldn’t pay to see.

Noting specific reasons to praise the film’s story as a whole, though, really only Neeson and Wilde bring anything interesting to the film. For while the concept of the older established man, and the woman who wants to be taken seriously, as well as receive validation from the man she admires, isn’t new at all, something about their chemistry just works. For with the many complications in their relationship, of which for every cute moment there is an argument or one being a butt head to the other, you have a growing desire, despite it all, to see them work it out. Then, if you look at the many theories about Michael’s newest book, it adds a whole new depth which helps make the non-Neeson/ Wilde stories much more compelling.

However, if you are like me and don’t connect the dots like IMDB user T-Max did, honestly you are left unsure how these stories are interconnected, besides by weakly developed relationships. Making it so, based on each story standing on its own, you have one major story, being Neeson’s and Wilde’s, compensating for Brody’s and Kunis’. For, you see, focusing first on Brody and Atias’ story, the plot just doesn’t grab you in any way. For it starts in a bar, it seems Scott is attracted to Monika, but with Monika giving him the cold shoulder he tries to win her over by talking about his kid and trying to seem like he isn’t just trying to get in between her thighs. Leading to this whole, is she trying to con me, or not, plot which honestly isn’t set to the type of tone where you feel it is relevant. If just because there isn’t much of a build to make it seem like Monika maybe conning him, much less you giving a damn enough about Scott to care if he loses 1000s of euros because of Monika.

Then, when it comes to Kunis and Franco, quite honestly I just don’t think of Mila Kunis and think, “She should play a dramatic role.” A thought she doesn’t change at all in this film for she doesn’t break the idea that she is a better comedic actress than anything else. For something about her, which may be due to me mentally typecasting her, just doesn’t make her attempts at being dramatic, or playing a role which requires real depth, to seem compelling nor realistic. Add in she is playing off Franco, who also I just don’t see as a good dramatic actor, and it really kills what honestly was an interesting storyline. Just played by the wrong actors.

If this movie was just about Michael and Anna’s relationship, this might have been labeled Worth Seeing. However, with the inclusion of Brody and Kunis’ story, the film gained liabilities which didn’t create the type of interest that Michael and Anna did in terms of characters, nor the characters’ stories. Making it where I must label this as a “TV Viewing” since Brody and Kunis’ story felt like extra fat which should have been trimmed off.