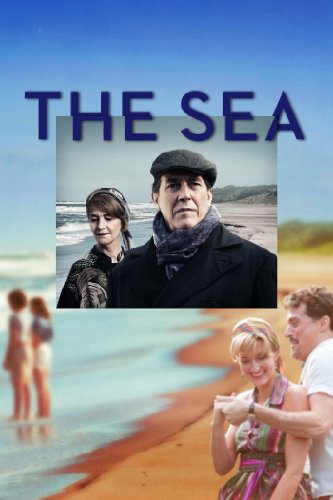 Between Bonnie Wright from After the Dark, and of course Harry Potter; Ciaran Hinds from Game of Thrones and Political Animals; and then Natascha McElhone of Californication fame; I was more than ready for this movie. If just because they seemed like a weird mix of a cast, and I had trust in them. Which, after seeing the film hasn’t faltered, though I do think in the future I need to remember that normal, everyday, type of media isn’t really what these folks go after.

Max (Matthew Dillon & Ciaran Hinds) is the focus of the movie and we find ourselves jumping from present day, when he mourns the death of his wife Anna (Sinead Cusack), and his younger years when he would hang around the Grace family. Now, in his older years, he is a downtrodden, alcoholic, writer who seems to be taking his wife’s death hard to the point of potential suicide. However, in his younger years, as the son of working-class parents, it seems life was only a smidge better. Though with his younger years taking place over a summer, in which we watch him fall for Connie Grace (Natascha McElhone) and her daughter Chloe (Missy Keating), as well as deal with Connie’s odd husband Carlo (Rufus Sewell) and mute son Myles (Padhraig Parkinson), there is a constant wonder of why the house where the Grace family lived, which is now owned by Miss Vavasour (Charlotte Rampling), is talked about as if it contains nothing but bad memories?

When it came to what happened in Max’s past, with Dillon at the reigns, I found myself quite interested in what went on. If just because the Grace family, and nanny Rose (Bonnie Wright), presented the type of life and story which made me wish that was the sole focus of the film. If just because they all were so weird. Connie is this lovable free spirit who, possibly like her husband, was having an affair, then there is Myles and Chloe who seemed like children straight from one of The Omen movies. For with Myles seemingly being capable of speaking, but choosing not to, and acting like a little monster Chloe has some sort of control over, you often are left scratching your head and am hoping everything gets explained. Especially when it comes to Chloe’s relationship with Max which I guess was just supposed to be a summer fling but, again, there is so many weird things going on when it comes to the Grace family that honestly, sometimes you just feel like questioning their motives too much is futile.

However, when it comes to the later years, of which Hinds takes over, any interest I had in the film quickly dissipated due to older Max having a boring story and coming off rather uninteresting. For one, Max is a miserable drunk and his story and character feels like it lacks the depth necessary for you to care about him. Which I found strange since the younger years are so intriguing. But with there being no reason given to care about Anna, Max’s daughter Claire (Ruth Bradley), Miss Vavasour, Alfred (Karl Johnson), and especially older Max, it makes the time you spend with older Max seem like filler. For even with it being shown why he has become an alcoholic, and then the mystery dealing with why Miss Vavasour’s home contains sad memories for Max, honestly Max just isn’t likable, nor interesting enough, to care about in his older form.

I believe if this film more so focused on young Max, or solely on him, this may have been one of those films I would have a hard time choosing between TV Viewing and Worth Seeing. However, the time spent with older Max isn’t memorable and quickly leads you to find distractions until his younger self appears once more on screen. Thus leading to a firm TV Viewing label for the Grace family, and Dillon as Max, is what makes this movie appealing. For as weird, and sort of messed up, as the Grace family is, that brings the film its intrigue which helps balance off the less likable parts of the movie’s story.

“Fleeing one’s sadness by revisiting the scene of an old one doesn’t work.”

The Quiet Ones - Overview/ Review (with Spoilers)