The Boy – Overview/ Review (with Spoilers) 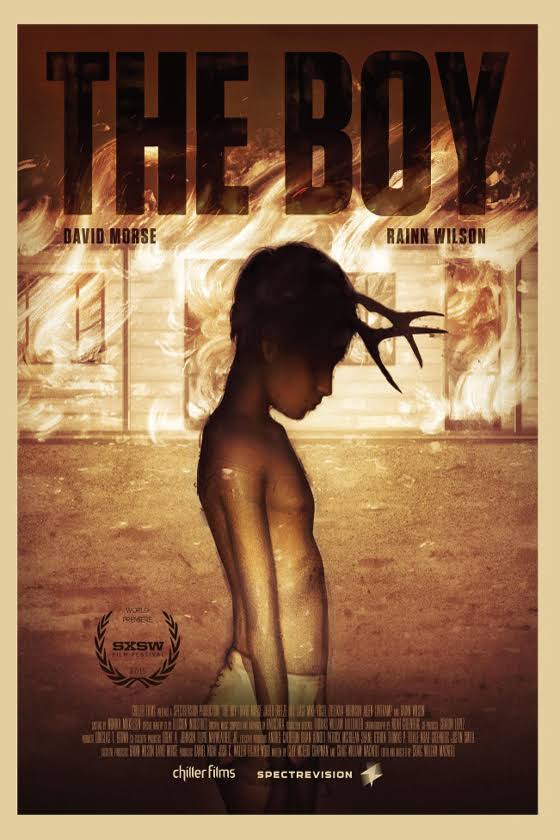 The phrase “An Idle Mind Is The Devil’s Playground” would perhaps be the best tagline for a film like this. One which shows what happens when a boy is allowed to explore his small world unattended, not get the opportunity to socialize with people his age, and seemingly is left with nothing to amuse himself but roadkill and the seldom guest he meets at his father’s motel.

Ted (Jared Breeze) is a 9-year-old who lives in an isolated motel. A place where it seems he has no playmates, no real toys and his connection to the outside world only comes when someone decides to stay at his family’s motel. So, for most of his time, it seems Ted wanders and perhaps sets up traps so that animals end up roadkill. This is his entertainment, and he waits for their deaths to happen and then shows his father John (David Morse) with such excitement that you’d think they’d need the roadkill as food to survive.

Yet, that isn’t the case. For while they are poor, and John can barely pay rent, they aren’t reliant on Ted’s hobby to survive. Though, being that Ted’s mom left, because she couldn’t deal with the absence of life which is the motel, it seems Ted wants to go too. Making it so when William Colby (Rainn Wilson) comes to town, Ted latches onto him like he has many a visitor. The reason being, they are a possible way out. But with William denying Ted, and John becoming a worse and worse father, due to alcoholism, stress, and fears of abandonment, Ted begins taking control of his life and using his limited skill set in order to get the results he wants. Leading to what many would call, the birth of a psycho.

There is something strangely interesting about watching young Breeze move about and kill animals and eventually come to the point where it seems he could kill people without batting an eye. If only because it makes it seem like a character study. For, if I remember correctly, often the foundation of a killer comes from them willingly, if not enthusiastically, taking the lives of animals. Something which Ted took pleasure in doing, and was strangely awarded for by his father. Add in how his dad exposed him to the opening of a deer carcass, and you can see how this little 9 year old slowly became desensitized to death.

But while the building of a psycho is perhaps what draws a lot of people’s interest, I think part of what this film is about is also abandonment. Which, as the film comes to an end, makes you wonder if perhaps that is why Ted did everything he did. Maybe he killed animals just because his dad would give him money, and like many children who grew up in the middle of nowhere, he would use said money to get the hell away from the place he called him. Then, with his final act, perhaps it wasn’t just about the actions of the prom kids, or the lack of actions by his father, but more so he got sick of being out of control of his destiny, and believed that the drastic measures he took could ultimately lead him to be reunited with his mother. Or, at the very least, lead him to be taken away from that motel in which his father never made out to be something beyond a ball and chain.

I originally planned to post the review of this film Tuesday, and instead it got posted Saturday. The reason for this isn’t because of lack of time, or because there is such horrifying things in the movie I just couldn’t take watching this after work out of fear of nightmares, but because the film has a slow, and sometimes dull, pace. For, as noted, it is like a character study. So we spend a lot of time watching Ted, just wandering, or listening to his dad whose life is utter misery. Yet, with that said, the only reason I’m criticizing the pace, and the way the story is handled, is due to what I personally enjoy. In general, what should be taken from this criticism is that this film, while it does make Ted seem a bit sharper than your average 9-year-old to a point, is very much about build. To the point that, if you don’t have patience for what is an adequate payoff, you may lose interest quickly.

In a world in which more and more titles are released on demand, either alongside a theatrical release or without one, I find films like The Boy to be excellent examples of how some films are better off being VOD. If only because it is the type of film which requires patience and you recognizing that not every film is going to take the subject matter of a person like Ted and sensationalize it. For, as noted, The Boy isn’t like The Omen or films of that nature. Ted may not be someone killing just because he can, but because it may be the only way out of a situation he doesn’t like. Hence the TV Viewing label for this film isn’t at all about the shock of a child killer, but more so how a child slowly reaches the point of becoming capable of killing anything from an animal to a human being. A process which isn’t at all quick, but ultimately is, for a lack of a better word, satisfying.