Southside With You – Overview/ Review (with Spoilers) 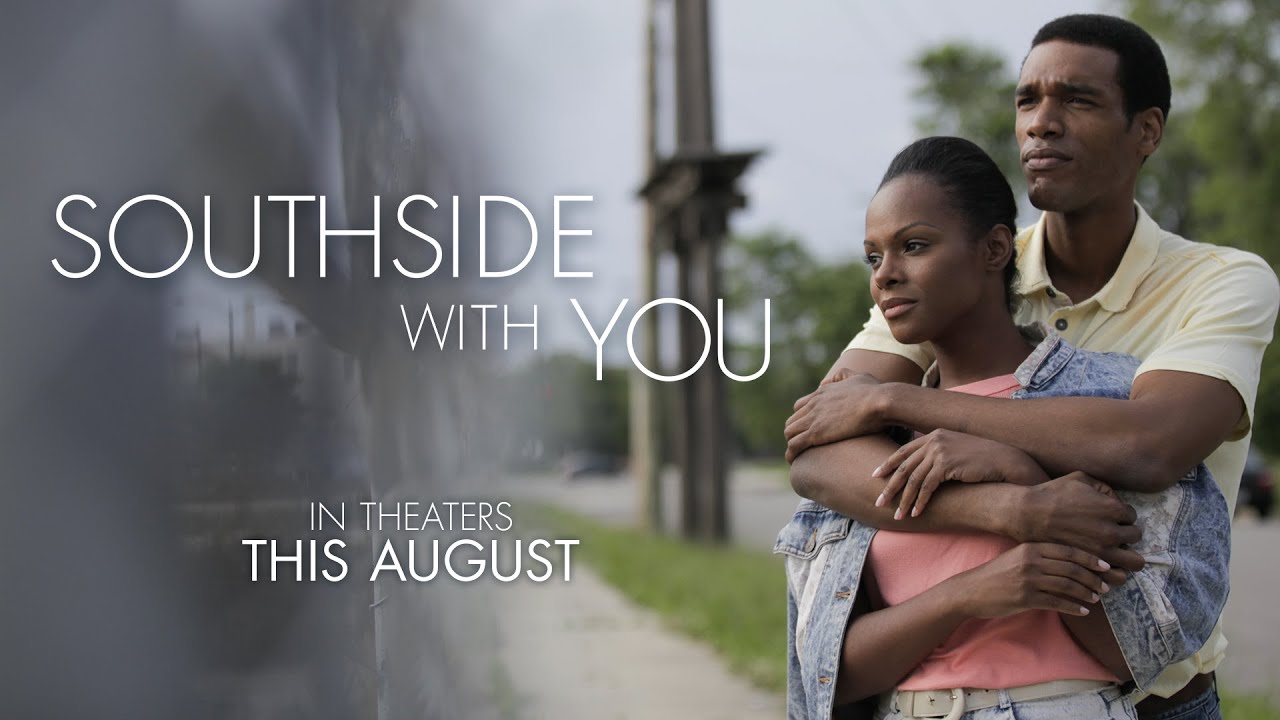 In a movie which only represents a day, we witness a small page of an epic love story which not only succeeds in being cute, but a little thought-provoking.

On a warm day in Southside Chicago, a persistent young man named Barack Obama tries to win over his advisor named Michelle. She is intrigued by him, maybe even romantically interested, but worries about increasing the burdens she already has to face as both a Black person and a woman at a corporate law firm. So, for one whole day, Barack fights off every doubt and any reason Michelle can come up with to deny that their time together isn’t an actual date.

I have no idea how many creative liberties were taken with this film, but allow me to say that if this is the relationship Barack and Michelle have, let the world be jealous, envious, or whichever word fits best. Now, let me admit, in the beginning, I wasn’t comfortable with Barack’s persistence. If only because we are in a time in which Michelle establishing boundaries, verbally telling Barack why they can’t date, and being firm about that, should be considered the end of his pursuit. Yet there comes a point where you are left wondering if this should be written off as how dating once was or if Barack was just lucky Michelle didn’t give him a look and walk home. But despite that minor red flag, the rest was just a dream.

I mean, it was a thing of beauty watching them ask questions about each other, be in awe of one another, challenge one another’s points of view, and just see this type of chemistry which is purely romantic and not tinged with something sexual. Which isn’t to say Barack was some innocent intern with a crush, but unlike many a romantic film, the film didn’t seem like it was building up to them having sex. Instead, it was about two people becoming comfortable enough to open up about their personal life and be willing to listen to criticism and not take it as a personal attack, but rather something to reflect on.

Then, even when you take the romance out of it, what I like is that we are given the sense that Michelle is more than Obama’s future wife and Obama is so much more than our current president. Michelle is Ivy league educated and while we don’t get to see Michelle in action, her work was talked about in such a way that it was established that she had a life before Barack, could have one without him, and she would thrive either way. Switching to Barack, again we are given a full view of the man. Be it the issues he has with his father or his exotic upbringing, again we are given the idea this person didn’t just magically appear. They had a life and all they are trying to do is share it with someone they admire and hope will find them worth spending time with.

But lest I forget, the topics are what I most admire. Whether it’s race, how a person’s upbringing affects them, or my favorite which is based on Barack’s feelings of his father, the questions and answers feel rooted in untangling one’s own perceptions and judgments of another human being. For example, my favorite deals with Michelle telling Barack the reason men have sons is because they are incomplete and she related this to her grandfather and father. Her grandfather feared debt so he put no money toward his son’s schooling. So, his son did what his father wouldn’t. Because his father was incomplete, as a person and parent, he made sure he had the smarts to go college and the offer of financial assistance if needed. Making it so he could not only be better but a more complete man and father than the one he knew. Which, to me, with conversations and topics like that, made this movie more than a sendoff to perhaps one of the most famous Black couples of our time. If anything, it feels like the start of a franchise you never knew you could have wanted.

This was a movie about a genuine romance and not just because it featured real living people, but because it felt like Barack’s only agenda was winning Michelle over despite all her fears, doubts, and what made her apprehensive.

Also, you have to admire a romantic film in which the two sides aren’t your usual broken people who either use the other person as a crutch or a means for a life lesson. Yes, Michelle and Barack had issues, some they are still working through, but that wasn’t the sum of their person. They had different views on life, the company they worked at, and even each other. But through conversations, ones in which they challenged one another, they fall in love and you are left wondering why they didn’t follow this love story to the White House?

It is made clear by Michelle on multiple occasions where her boundaries are, what Barack should expect, but he keeps trying to push her into changing her mind. In some ways, that taints the romance if you are of the mindset of political correctness and a staunch view of feminism. Yet, somehow, and it is hard to pinpoint how or when, Barack gets back on your good side. Is it because you believe he genuinely likes her and isn’t just being nice for another notch on his belt? Could it be their chemistry is just too good? It is hard to say but even with the excuses you can come up with, a part of you may be left feeling a little uneasy with Barack’s persistence.