Wherever I Look
Recaps, Reviews, and So Much More
Home Movies She’s Gotta Have It – Recap/ Review (with Spoilers)
Movies

She’s Gotta Have It – Recap/ Review (with Spoilers) 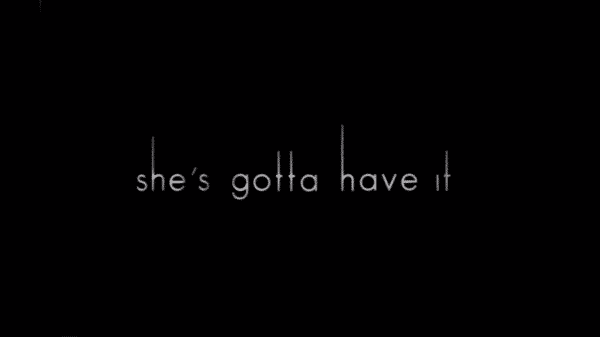 In preparation for the series premiering November 23rd, you need to see the original She’s Gotta Have It.

Table of Contents show
1 Summary
1.1 Other Noteworthy Facts & Moments
1.2 Question(s) Left Unanswered
2 Highlights
2.1 The Music
2.2 Cinematography
2.3 Nola’s Relationships
3 Overall: Positive (Worth Seeing)
4 Rent or Buy: Here (on Amazon) or Here (On Netflix) [External]
5 Follow Wherever I Look on Twitter or Like us on Facebook.

Nola Darling. A sexually liberated woman before there were internet support groups validating the idea. She, through interactions with three men, Jamie, Greer, and Mars, finds all that she needs for fulfillment. In Jamie, she gets that sweetheart. The doting boyfriend who when you are sick will wait on you hand and foot and makes your birthday memorable. With Greer, she gets exposure to the finer things in life with this very bougie negro. Then there is Mars. While he doesn’t have a serious job, lacks ambition, and may not necessarily be a sweetheart, he is funny. He has no real airs and graces about him, and it is refreshing.

However, what man can really deal with a woman, “their woman,” being with, in terms of time and sex, with another man? Who is the one with a problem? Them for their limited scope of how and what woman should be or is it Nola? Is she a sex addict? Perhaps something in her past screwed her up? Or could it just be, with knowing herself as she does, she doesn’t wish to doom herself to a life in monogamy out of fear of gaining a sordid reputation?

Often times music doesn’t play a strong role in films, at least to me. It is just made to fill the silence, mask the breathing of yourself, the audience, or replace the natural sounds of whatever is going on. However, in She’s Gotta Have It, it seems like a commentator. The Jazz represents this longing, indecision, perhaps this even wildness. The world music, likely stemming from an African nation, during the sex scene with Greer, was like a voyeur speaking on their passionate lovemaking. Approval, giving direction, and almost like a third in the lovemaking.

All of it was so good I’m tempted to seek out a soundtrack.

Being that Black and white movies have become a niche in my generation, more so used for avant-garde films or Oscar bait, they have never presented much value to me. However, with She’s Gotta Have It, it reminded me almost of Everything, Everything’s love for Black skin. The way it played on shadows, certain features, and seemingly not only embraced by highlighted the actors’ beauty, it really hit me.

Even when the movie was in color, like during Nola’s Birthday scene, just seeing the two dancers perform not only instilled a sense of pride but a love for the culture. Almost to the point of feeling nostalgic for a time period I wasn’t even born yet to appreciate. 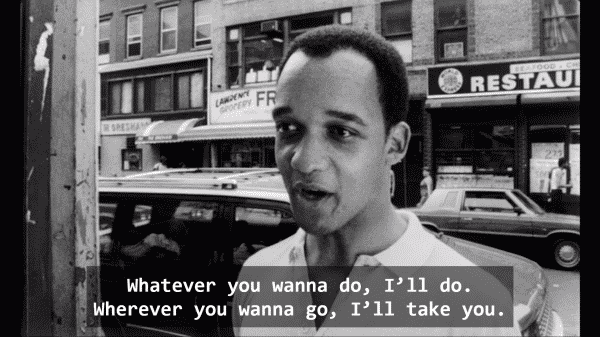 While there is the aforementioned Everything, Everything alongside the Gugu Mbatha Raw starring Belle and Beyond The Lights, it seems rare where you get any sort of healthy pursuit of a Black woman. One which is loving, doesn’t have some form of violence, physical or sexual, and is simply about the romance. I mean, granted, only Jamie, with perhaps his immaculate approach to speaking to a woman he doesn’t know, really pushes you to fall for the potential of his relationship.

Yet, at the same time, Nola’s dealing with Greer and Mars allows you to see why she likes them. In fact, unlike quite a few romance movies, Ms. Johns finds a way to have chemistry with each man and really make it seem the relationship is authentic. To the point that if the movie was just her and Greer, or her and Mars (bleh), you could imagine it working. It may not be as likable, but Johns just has this thing about her that really makes it seem like, whether Nola says it or believes it, she loves these men for unique reasons. Despite the assumption that her not being monogamous means otherwise.

This throwback, without question, reminds you how good the late 80s to maybe early 00s were for those who enjoyed Black majority motion pictures. They displayed a certain diversity which we struggle with today. The kind which goes beyond Black faces and shows that Black people aren’t a monolith. Especially Black women.

So, to say the least, this has gotten me even more excited for the series and how they expand this story as a television show. Likely adding a modern spin in which dating has drastically changed, slut shaming is on a whole different level, and yet men have barely changed at all.

Rent or Buy: Here (on Amazon) or Here (On Netflix) [External]