Adapted from a Haruki Murakami short story, “Drive My Car” masterfully weaves together storylines in a film about loss and learning to live with grief and guilt.

Although stage actor Yusuke and TV writer Oto Kafuku’s marriage is far from perfect, her unexpected death devastates Yusuke, who blames himself for not returning home sooner on the day of Oto’s death.

Three years later, Yusuke is still trying to process that loss while directing a multilingual adaptation of Chekhov’s play “Uncle Vanya” in Hiroshima.

The second protagonist is Misaki Watari, Yusuke’s chauffeur during his artistic residency and a stoic young woman who earns Yusuke’s respect for her skill in driving the eponymous red Saab 900 car. Misaki’s own complex backstory unravels through the shared long commutes with Yusuke, revealing they may have more in common than it seems.

“What can we do? We must live our lives.”
— Oto Kafuku and Lee Yoon-a

All the Levels of Storytelling

It’s fitting that a film adapted from a short story would incorporate so many layers of storytelling. There’s the story Oto tells Yusuke about a high schooler stalking her crush combined with the story of “Uncle Vanya” told both through the rehearsal process as well as through Oto’s audiotape that Yusuke constantly plays in the car. 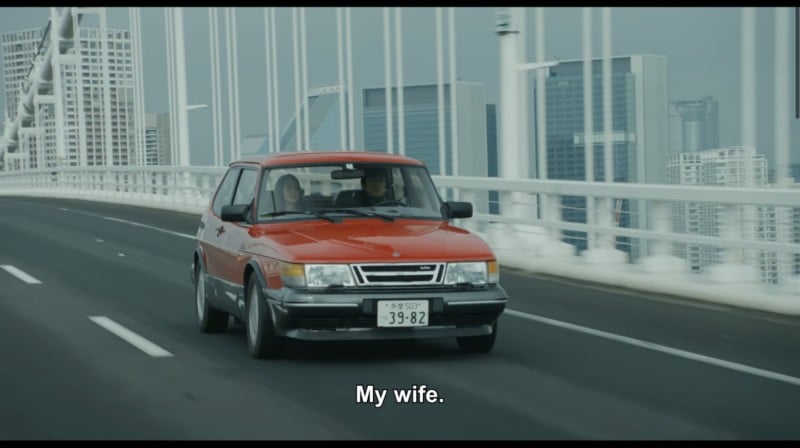 Both these fictional stories give us a glimpse into the minds of the characters and provide a backdrop for the unraveling of Yusuke and Misaki’s narratives. There is so much to unpack in this intricately woven tapestry of stories – Drive My Car is sure to linger in your mind long after you’ve left the theater.

The Multilingual Adaptation of “Uncle Vanya” and Ideas on Communication

Most of the film takes place during the rehearsal period of “Uncle Vanya,” where we get to see Yusuke’s directorial vision of having actors perform the play in different languages. What starts off as an artistic curiosity develops throughout the film into a demonstration of how communication is not just about words, but also body language and voice intonation.

This style of communication is why Yusuke’s version of “Uncle Vanya” works. It’s also why characters from different nationalities can interact and develop relationships with each other off-stage (and why we as an audience can relate to foreign-language films).

On the flip side, it can be easy to rely too heavily on shared language for communication – something that the film hints at within Yusuke and Oto’s relationship. Although Yusuke believed they were both satisfied with their marriage, Takatsuki later casts doubt on Oto’s real feelings, suggesting that understanding each other’s words doesn’t always correlate to understanding each other.

A Lot of Conversation

There is certainly a lot of talking in this three-hour slow burn film. It requires a good amount of concentration (and reading), and director Ryusuke Hamaguchi invests significant screen time and backstory into most of the characters. If you have the patience to sit through all the dialogue, however, and you can keep all the background information straight, you are in for a rewarding experience. 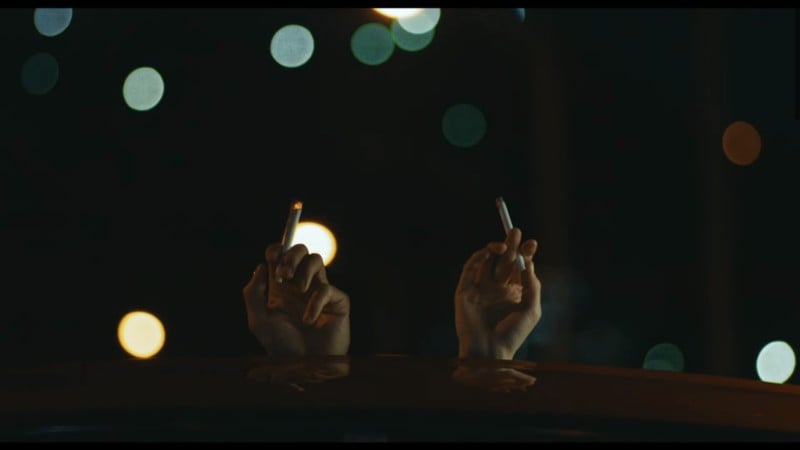 Drive My Car, which has already won the Golden Globes for Best Non-English Picture, is an intense character study centering around grief and how we choose to live with loss. It’s a story within a story (adapted from a short story) that leaves audiences with much to think about long after the film is finished.

Drive My Car (2021) – Review/Summary (with Spoilers)
Who is this for?
Fans of character studies or films exploring the artistic process and anyone interested in getting a head-start on the 2022 Oscar nominees
Highlights
All the Levels of Storytelling
The Multilingual Adaptation of “Uncle Vanya” and Ideas on Communication
Disputable
A Lot of Conversation
94
Follow Wherever I Look on Twitter and Instagram, Like us on Facebook, and Subscribe to the YouTube Channel.