Michelle Wolf Live At The Count Basie Center Of The Arts 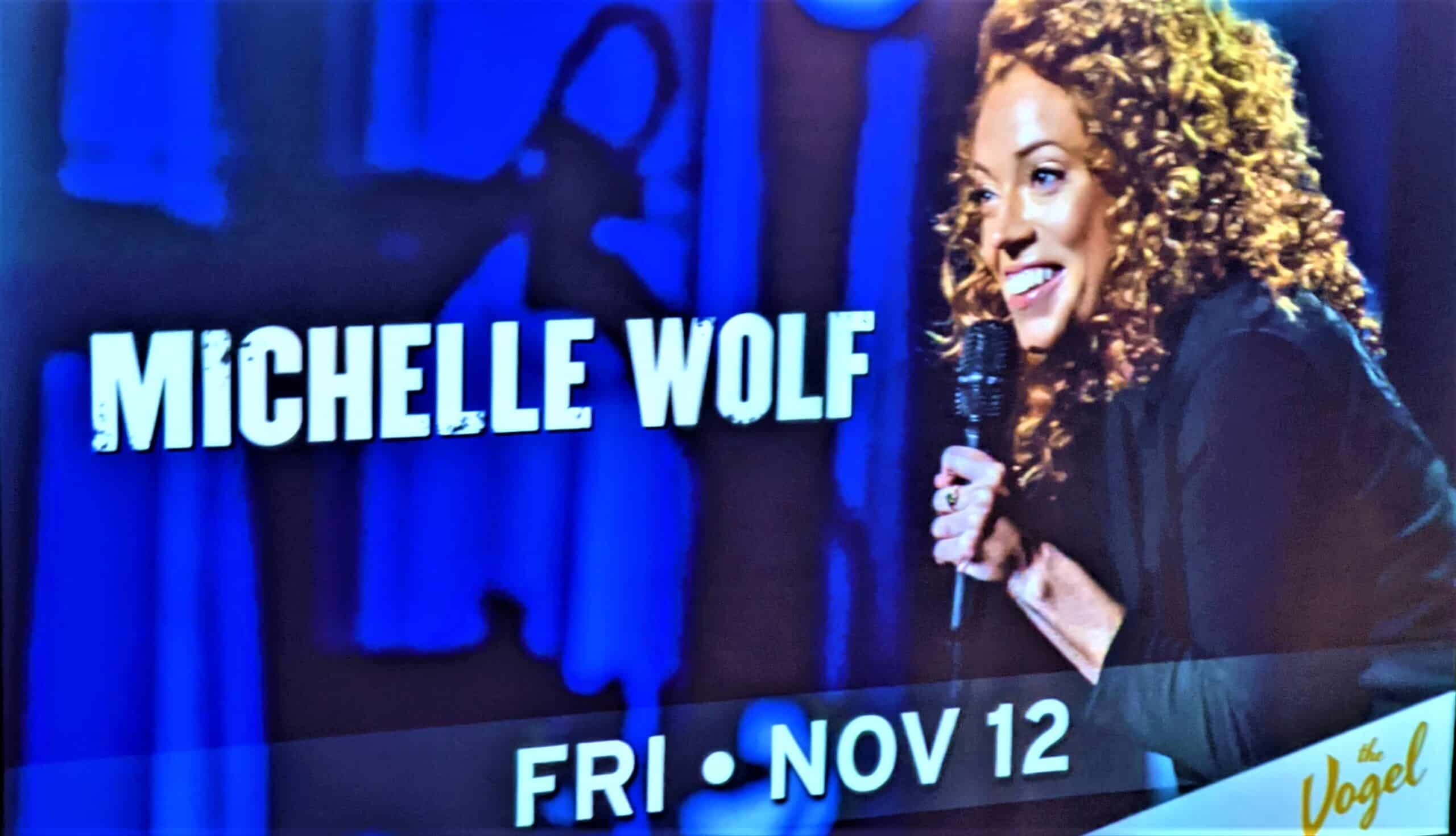 Michelle Wolf stops in New Jersey to work on new material and use the material that would have popped more in 2020.

First seeming like a DJ, then revealing himself to be the opening act, Cipha tells the jokes Wolf can’t. He makes fun of the music white people listen to while making jokes about Black people and Hispanics. He talks about his attraction to Karens, and let’s just say that while his comedy is similar enough to Wolf to understand why he was her opening act, I wouldn’t say they mesh well. Mainly since it seemed he wanted to do urban comedy.

During Cipha’s set, when people got quiet or were shocked, he noted that if he offended him, then they weren’t ready for Michelle and, I’d say the difference was she could be offensive but funny. Mind you, a good portion of her jokes weren’t that offensive but dealt with how feminism could evolve while recognizing the radical bra-burning feminism isn’t for everyone. Like, yes, #MeToo is/was important, but she touches upon the hypocrisy that is born from it not allowing for dialog to have a resolution.

Also, there are jokes dealing with how lesbian relationships are, without a sense that she is punching down, and she also talks about relationships in general. Especially gender dynamics and how she moved to Barcelona to be with her boyfriend. But, for the most part, she damns white women and the white men they raise. Oh, and she also brings up the 2019 Correspondence dinner, which you may ask, “Why?” but, again, it happened in 2019, 2020 everything shut down, so there are some jokes that need to be told before they become too dated to use.

Our Rating: Mixed (One & Done)

Take note, it doesn’t seem Wolf was prepping for a special but rather working on material. She even referred, multiple times, to what looked like a thick set of notes to remember what joke to tell next or maybe even punch lines she had to hit. So, in a way, there is a need to give her a break, in addition to her being one of the many comedians trying to shake off some rust.

However, while we enjoyed her points, what she mainly gave were chuckle laughs. The kind which, if you were a fan because of her specials or the Correspondents Dinner, you might not feel like you got your money’s worth. Mind you, I’m not saying she is bad.

However, between jokes recounting an event over 2 years old, commentary on Karen types, #MeToo, and gender dynamics, I am left wondering, as these comedians shake off their rust and potentially use jokes made for 2020 at the tail end of 2021, when will things get better? If not, considering the onslaught of comedy tapings on the various platforms weekly, will casual stand-up fans be able to appreciate stand-up, like Wolf’s, that is clearly a work in progress? Especially since they have so many ways to see people present their final product?