A guide for the film “Carnaval.” Noted are cast members, information about their character(s), and additional details about the film’s story and characters.

Nina, a full-time social influencer, dreams of hitting 1 Million followers to expand her brand and be like the popular influencer Luana who has over 10 million! However, with a little over 300,000 followers, Nina isn’t doing that bad compared to many. But, thanks to her boyfriend cheating on her and her reaction becoming a meme, it seemed like she may have hit a glass ceiling.

That is until music star Freddy Nunes invites Nina, and her friends, Vivi, Mayra, and Michelle, to Salvador, Brazil, for Carnival! There Nina works hard to increase her follower count, but with not being at the level of the also invited Luana, it’s a struggle at first. But, as she finds herself getting closer to Freddy and being assumed by paparazzi she is dating him, her follower count explodes!

But, with the opportunity for more followers comes her having to choose between her friends and her career more and more. Which, while they try to be understanding, there comes a point where Nina spends all the grace they are willing to give. Thus leaving you to wonder if she may ultimately abandon her friends for the career she so desires? 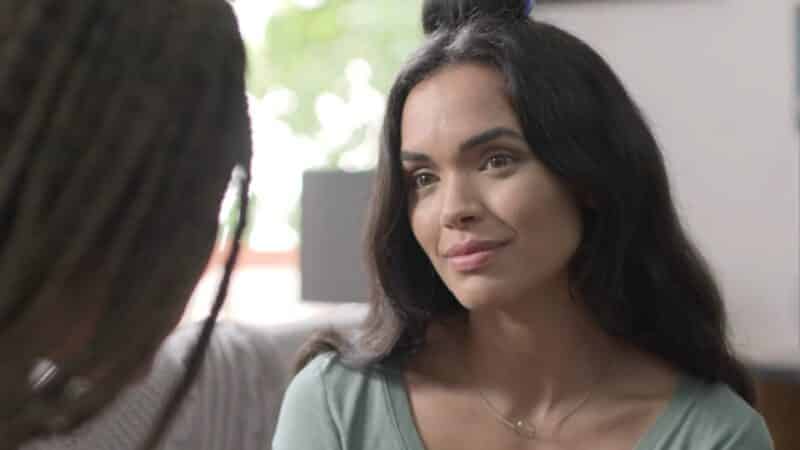 Nina (Giovana Cordeiro) convincing Mayra to come onto the trip

While not obsessed with social media, becoming an influencer has become her career of choice, and over the years, she has gained 327,000 followers. Some of this she credits to her too good to be true relationship, but said relationship also creates a glass ceiling for Nina when she becomes a meme after everyone learns she was cheated on. But, with being socially savvy, she is able to capitalize on one of the worst days of her life, and in doing so, she sets herself up for her following dreams to come true. 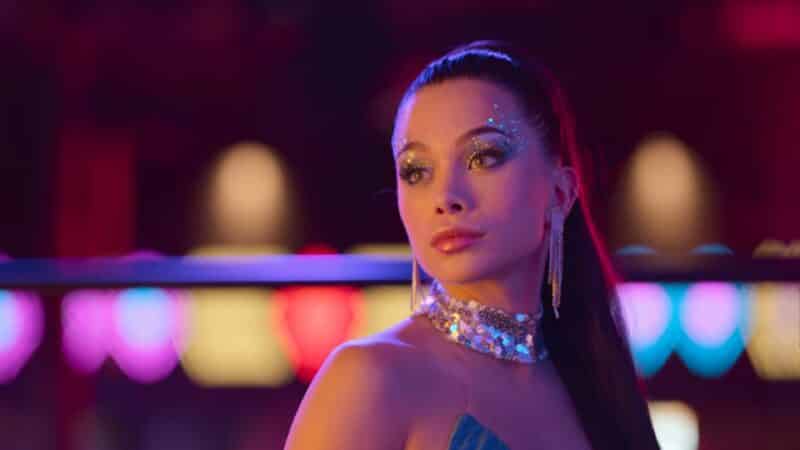 Luana (Flavia Pavanelli) at one of Freddy’s parties

With over 10 million followers, Luana is either the most popular, or one of the most popular, invited to Freddy Nunes’ Carnaval celebration. However, acting almost as the ghost of Christmas future, Luana has no friends, only employees, and is utterly rude to Nina despite how Nina fawns over her. Making Luana quite the cautionary tale. A huge pop star who takes to Nina and even considers her his muse. Though, his association may not be only for the sake of music. The moment Vivi (Samya Pascotto) fell in love with Samir

Nina’s friend who is pushed to be the geek of the group, due to her love of video games and sci-fi. However, while pushed to be the geek and hesitant at times to be as social as the other girls, once Vivi is comfortable, she is dancing, drinking, and having fun just like everyone else. But, unlike Michelle and even Nina, she is very picky when it comes to guys, and if they can’t answer her questions about Harry Potter, Star Wars, and other big-name properties, and show they read the book and did their research? She won’t mess with them. 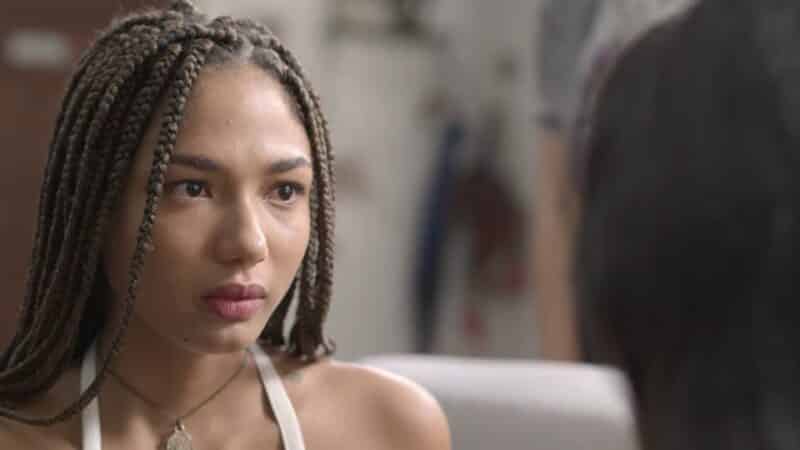 Mayra (Bruna Inocencio) being convinced to join the trip

Mayra is a veterinarian, despite being shown not to be fond of all animals, spiritual, and perhaps is the shiest member of Nina’s friend group. However, she is also the one Nina is closest to and has known the longest – thus, she is very protective of her. But, it is also Mayra the most affected by Nina’s success, especially as Nina’s success leads to her putting career before friendship. 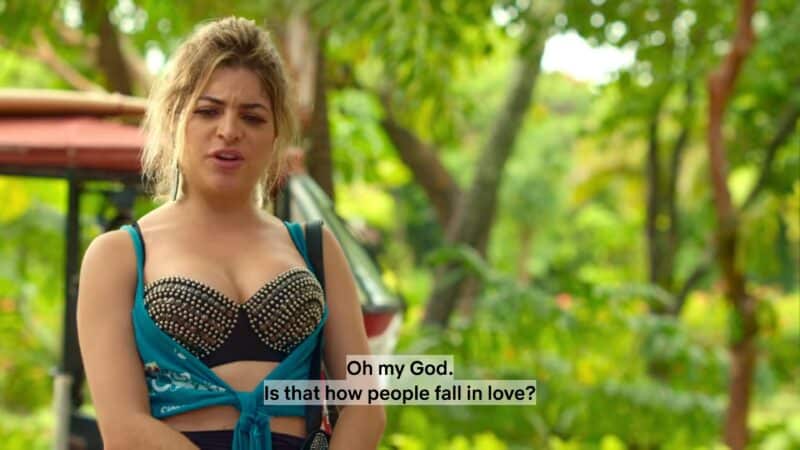 Michelle (Gkay) realizing she may have felt something akin to love

When it comes to Michelle, she is the party starter, the one who is far more bark than bite and can be seen as quite promiscuous since she’ll kiss any attractive male one. However, her role in the group is mainly to keep it real and pop Nina’s head if it starts to get too big. 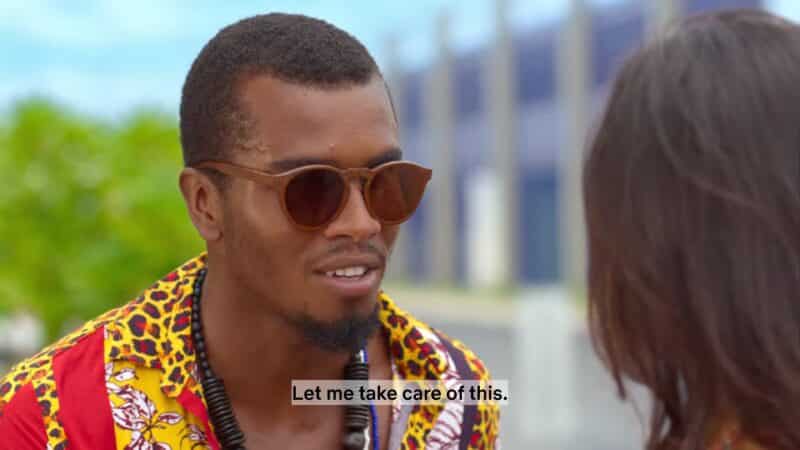 Salvador (Jean Pedro), who assists Freddy when it comes to the influencers

The man assigned to be responsible for Nina’s friends in Salvadaor, during Freddy Nunes’ Carnaval Celebration, who also happens to be from Salvador. On top of that, he introduces Nina and her friends to a Salvador beyond the tourist destinations and even becomes a potential love interest for Nina. 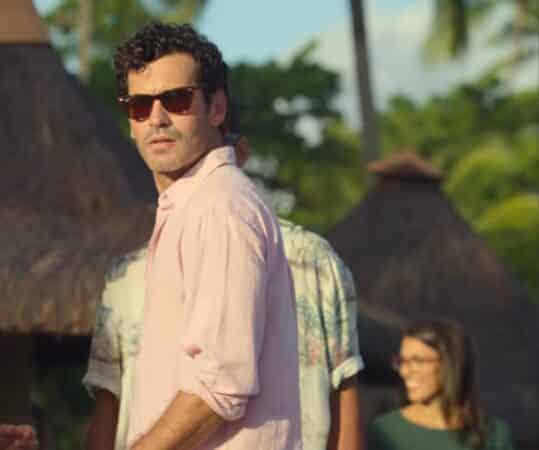 Freddy’s long-time manager and one of the people he is closest to. 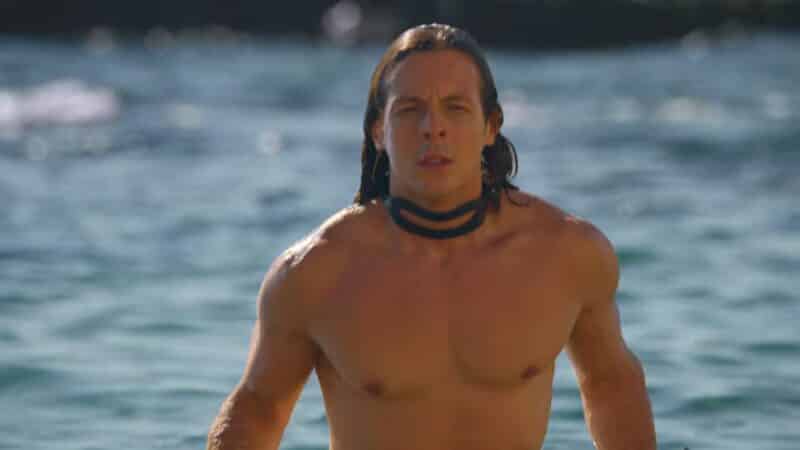 In the original hotel Nina and her friends stay at, he is the point of contact for whatever they need. However, later on, he evolves into a potential love interest for Vivi, though she doesn’t trust him when she discovers he is hot, for she thinks the bigger the muscles, the small the brain.

Once Nina and Freddy grow close, and it is assumed she is his girlfriend, her follower count explodes but, it makes her take being a social influencer even more seriously. Thus the fun vacation she created for her and her friends devolves into a work trip for her with her friends getting to have fun. But, as Nina begins to listen to Luana, and take note of some of her advice on how to grow further, Nina becomes embarrassed by her friends, to a certain point. Not enough to abandon them, but definitely chastise Michelle.

This doesn’t sit well at all, but the final straw comes from abandoning them when Freddy Nunes has one of his biggest performances of Carnaval, and Nina doesn’t come looking for her friends immediately. But after making her appearance, she looks for her friends, and only after being on live for quite some time, saddened by them not calling or texting her back, does she get forgiveness.

However, it isn’t just them she needs forgiveness from but also Salvador for blowing him off, but they smooth things over. Thus allowing Nina to avoid the downfall we see Luana go through after she gets drunk and says racist, homophobic, and anti-Semitic things. All of which doesn’t effectively end her career but makes her feel like she should stop because she got far too consumed by the beast and lost who she was in the process.

Oh, and as for Freddy? Well, despite seeming interested in Nina romantically, she was actually acting as a beard and didn’t know it. Albeit one he had created a genuine friendship with, but the truth is that Freddy was in love with his manager Jorge, but the relationship was kept secret for the sake of Freddy’s career. But with Nina discovering them and her support, Freddy comes out during one of his last music performances of the celebration.

And lest we forget, Vivi gets over Samir’s muscles and allows herself to fall for him, and Michelle even finds someone she really likes, who has a twin.

Does Carnaval Have Prequel/ Sequel Potential? 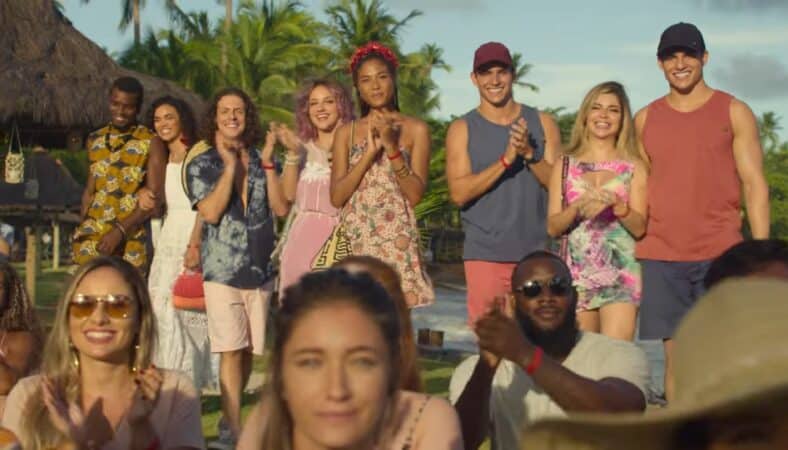 Salvador, Nina, Samir, Vivi, Mayra, and Michelle with her twins.

It could. Nina now has over one million followers, and with that, we could see how she handles this kind of fame and success since Salvador was simply a test. Plus, while she, Michelle, and Vivi found vacation boyfriends, there is the question of whether the relationships lasted after the party was over. Never mind Mayra didn’t even so much as get to talk to someone interested in her, so she deserves a partner as well.

But the thing the sequel could do the most is expand Nina’s friends beyond who she sees them as. Is Vivi on Nina’s level in the video game world? It is pushed that Michelle is in sales for a hot minute, but that note is easily forgettable thanks to her antics. Also, Mayra didn’t seem to like her job, so is it something where she doesn’t like one aspect, or is she trying to stick it out because she went through all this schooling and feels she can’t abandon all that time invested now?