All The Ugly and Wonderful Things: Part 1/ Chapters 4 to 6 – Overview/ Review (with Spoilers) 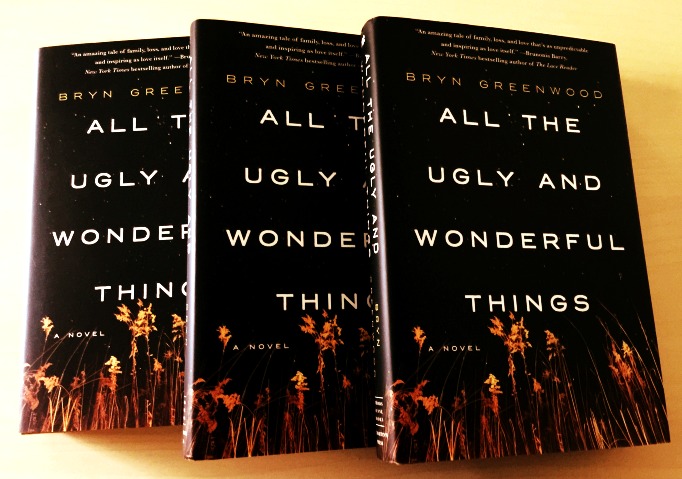 A new location comes with a new friend for Wavy. Someone who becomes a role model of sorts and proves that perhaps not all men are not to be trusted.

In this chapter, Wavy meets Jesse Joe Kellen. He is a big guy, a giant compared to little Wavonna, but there is something about him. Something which leads her to not leave him on the side of the road after he crashing on his motorcycle. No, instead she gets the courage to call Liam and ask for help.

It’s a strange thing how Val has put it in Wavy’s head how her dad isn’t to be trusted and has made her so distrustful of people, so fearful her dirt may get on them, that she fears talking. I mean, physical abuse is the kind we are used to getting into an uproar about, when we see marks on a child from beatings and other things, but this mental abuse. I mean, just imagine being a 9-year-old and having no one to talk to but your mother and baby brother who can’t have conversations. You are so curious about the world but have been made to feel you shouldn’t speak. That if you do something may get on other people or into you which is unclean. It creates an odd image of childhood but let me tell ya, Kellen is what makes Wavy’s life worth living and becomes her silver lining.

After that accident, Kellen ended up with a concussion, a dislocated shoulder, three busted ribs, a twisted ankle, and his arm broken in two places. On top of that, he was in the hospital for a week and it was two months before he was at full strength.  That aside, we learn why Liam had brought Val and his kids to the countryside – to run meth.

Well, and the fact Liam has quite a few girlfriends, besides Val, off in the countryside. One mentioned in Chapter 3 was Dee, this chapter we are told about Ricki, who apparently gets groceries for Val, who barely leaves her bed. But what matters here is this chapter is when Kellen starts establishing a routine with Wavy in terms of picking her up and dropping her off at school. Also, it’s when she comes to rely on him, sort of like a big brother or father figure.

You know, I quite like Kellen. I’m not sure what his intentions are, even with me at the end of part 1 and starting part 2, but it does seem he isn’t just doting on this girl because she saved his life, but also to give her the time and attention perhaps he hasn’t had. Heck, maybe because he knows who and how Liam is, maybe he is stepping in just so she won’t turn out like him or her mamma. It’s all rather strange.

However, and I can’t wait to see this book become something to visually experience this, I want to see the actress’ face when she sees how much Kellen had cleaned the house and is adjusting to an adult, outside of her mother’s family, being nice to her. Much less, adapting like her grandma did. Oh, and before I forget, her getting acclimated to a positive male in her life. For with her uncle not fond of having her in her house, and Liam talked about like a dog and acting like one to validate the opinion, Kellen is the first guy who is worth trying to trust.

Age eight, parents Valeri and Liam Quinn, an address in a rural area and enrolled in her the 3rd grade. This is all Miss Degrassi knows about Wavonna Quinn. However, with seeing Val’s handwriting on her enrollment form, and seeing stuff like “She won’t talk” and “don’t try to teach her” on her enrollment form, so leads to the negative viewpoints and stereotypes of people from rural areas. Though it should be noted, Val didn’t help things by showing up intoxicated when she registered Wavy.

Yet, despite the initial impression, Wavy pushes away the idea she is unteachable. However, it seems no one told Ms. Degrassi that Wavonna doesn’t like to be touched [1]. Hence why, when a boy taps her to send his math worksheet to the front, she hits him. However, even with that incident, it is noted Wavy is often cleaner than other kids. But, while good in class, at lunch she didn’t eat and during PE she didn’t play.

I find it weird that there was no mention of the possible bully situation Kellen thought he saw in chapter 5. I was fully expecting Ms. Degrassi to mention something but I guess with her punching a boy and being a bad ass when in front of the principal, people didn’t care to mess with her. Much less, even though Ms. Degrassi makes it seem a biker dad is a norm, with Kellen being touted as big, strong, and quiet, perhaps that was also quite the deterrent.

But, I gotta admit, while I quite love Wavy’s character, I kind of wish we got to know who Ms. Degrassi was. Granted, I think she isn’t featured much, if at all, in future chapters, but you have to wonder why she is a teacher in a rural area? Especially one she seems to have a negative perception of? At least, in my opinion.

[…] he left spaces for me when he talked. If I saw him again, I decided I might put words in those spaces.
— “Chapter 4: Wavy.” All The Ugly And Wonderful Things: A Novel – Page 26