Tara presents a worst-case scenario for Nick, as he gets more comfortable with his sexuality, and Tara deals with disheartening comments.

While some like Darcy relish in their queerness, others like Tara and Nick seem to acknowledge not being heterosexual but aren’t necessarily trying to make it an identifying characteristic. Case in point, while not outright bullied, Tara is feeling the weight of all the comments said to and around her since she and Darcy are Instagram official, and it is becoming a lot. Especially for her since Darcy has long been out and Tara is new to this.

This is why Tara tries to make sure Nick knows the full weight of his decision to start being open about his and Charlie’s relationship with people. For while he is keeping it amongst his and Charlie’s mutual friends, it can get intense. But, at the very least, Tara and Nick have someone to lean on as they go through all of this. Unfortunately for Elle, in terms of what could be with Tao, she has everyone’s support, and Darcy certainly tries to rock the boat, but Elle isn’t as sure of herself as everyone else.

Mind you, she doesn’t give any specific reasons why she thinks Tao doesn’t like her, but even then, it’s hard to see why he wouldn’t. Beyond being best friends, they openly say they love one another, pair off often, and we’ve seen them hold hands and get googley-eyed. But, lest we forget, Elle’s circumstances are different from everyone else, and she doesn’t have the same opportunity to connect with someone of the same or similar sex and gender as Nick or Tara.

Being Gay As A Part Of Your Identity

We like how Darcy portrays queerness because she is very upfront about it and helps you understand that one of the benefits of being out and open is that it makes it easier to find community. If not, based on how she treats Nick, building one. But, on the opposite end, while some love who they are and put it face forward like it should be an adjective to describe them, like their hair color, some aren’t like that. From what it seems, Nick, Charlie, and Tara may all be queer people, but it isn’t one of the foremost things they want you to know about them, and both sides have valid reasons. 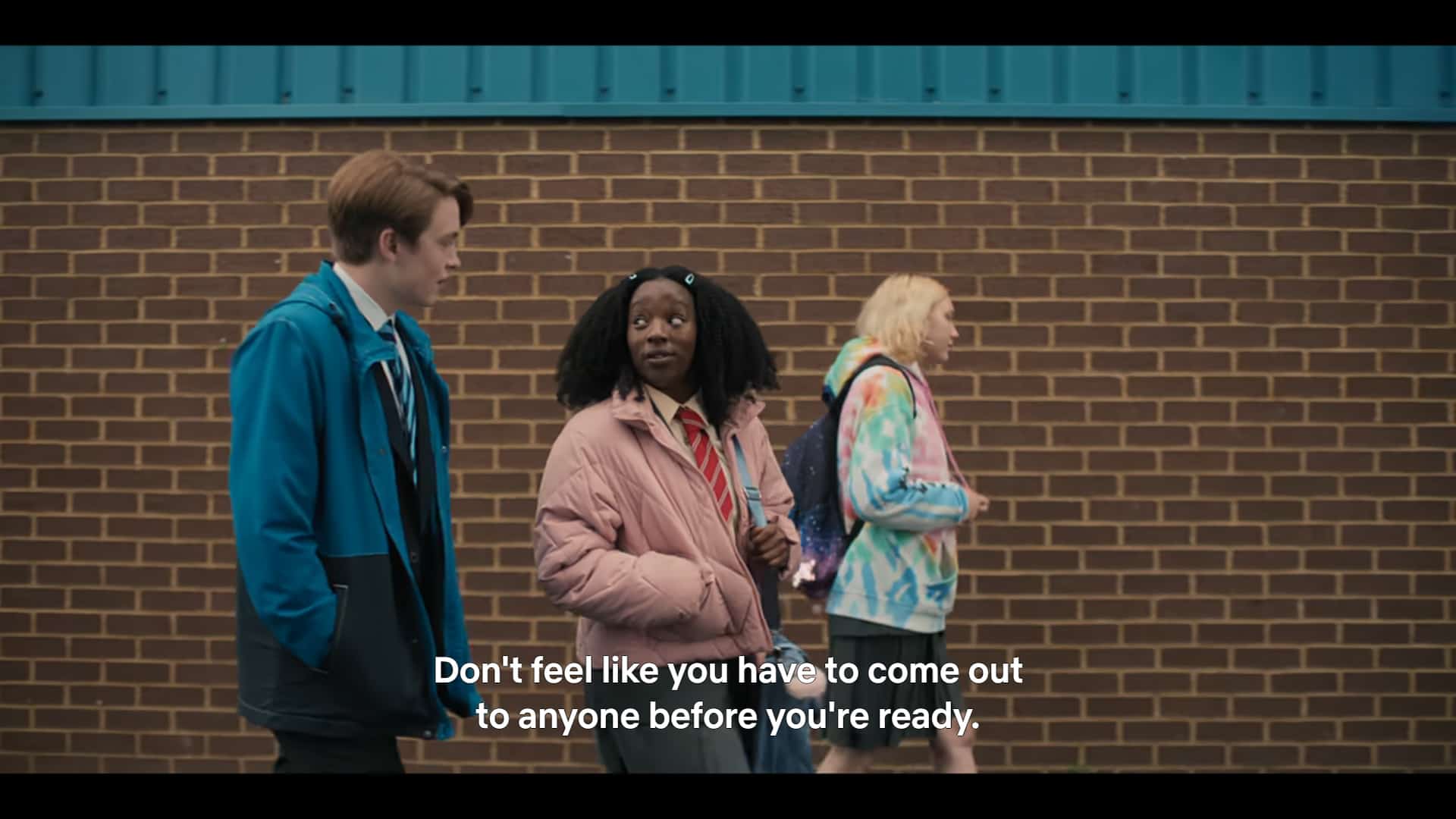 While no one wants to be ashamed of who they love, at the same time, they don’t want to be bullied, ostracized, and have it alter how people see them. Who you choose to date can be seen as a reflection of you, but to completely disregard your partner’s character and just focus on that person’s sex? Then damn you and see you in a negative light, and even make it sound strange that you don’t fit into some stereotype? That’s bull****.

Yet, it is also life. Certain things you don’t get to choose, and to honor your identity and live in your truth means certain sacrifices. Most of which you can’t ever be fully prepared for at all given times but, considering the alternative? It’s a constant battle of questioning what’s worse between being miserable living a lie, but with some realm of safety, or living your truth, with the knowledge that your truth hasn’t set you free, just given you a longer chain from your societal masters.

How They Are Dragging Out This Elle and Tao Thing

Nick made his decision with Charlie within, what? Three episodes? So why are they dragging out Elle’s joy? Are we being set up for something sad? This show has mainly stuck to being in the realm of realism, and I appreciate that, but things have been a little too good thus far, and I feel like the rug is about to be pulled from under us. 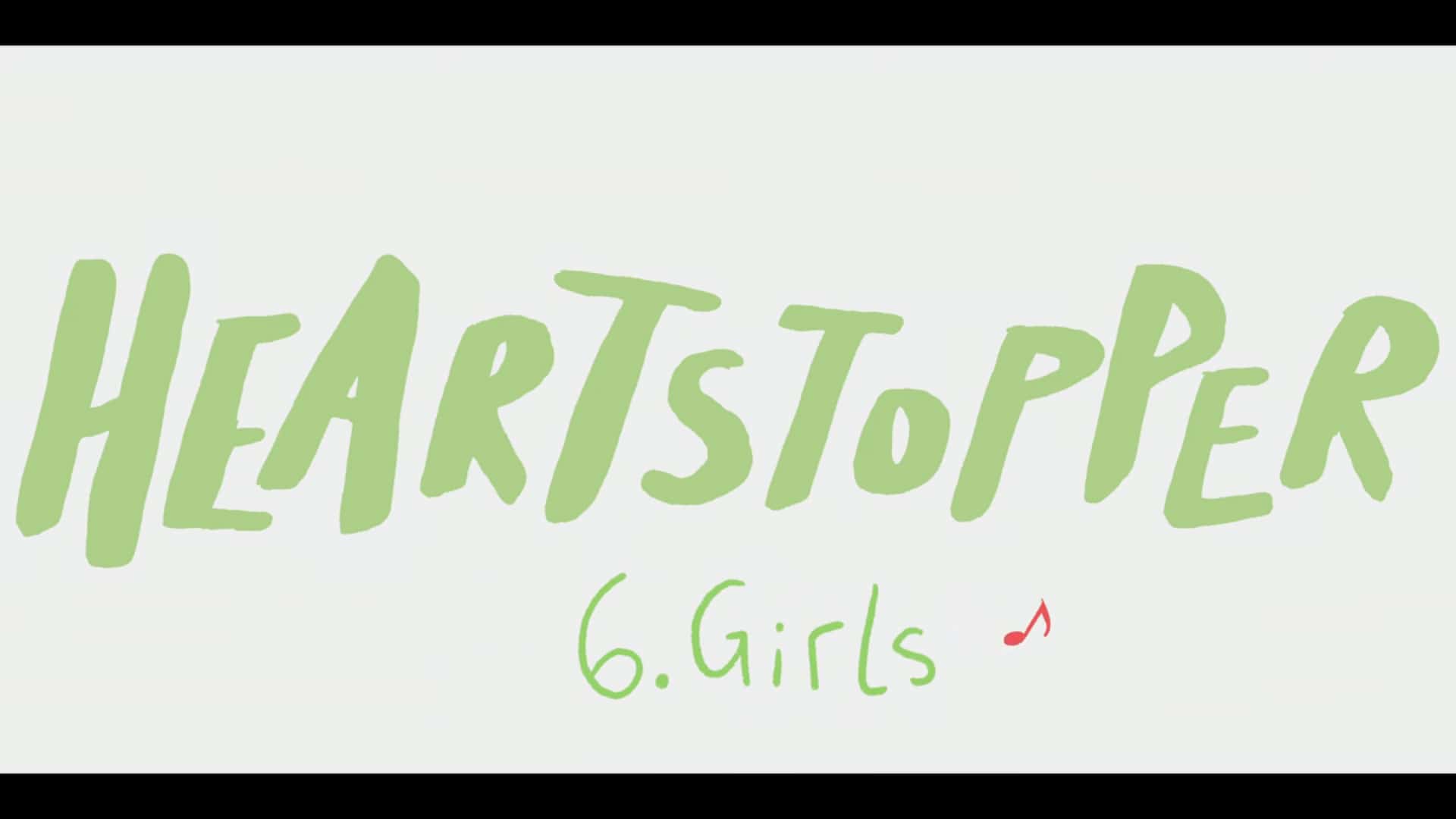 Heartstopper: Season 1/ Episode 6 “Girls” – Recap/ Review (with Spoilers)
Overall
"Girls" pushes you to see the beauty and bane of being out and proud regarding your sexuality. From the community you can create and find, as well as the reasoning why you have to find your people, as those who you thought were decent or nice show their true selves.
Highlights
Being Gay As A Part Of Your Identity
Disputable
How They Are Dragging Out This Elle and Tao Thing
81
Subscribe to our mailing list Follow Wherever I Look on Twitter and Instagram, Like us on Facebook, and Subscribe to the YouTube Channel.